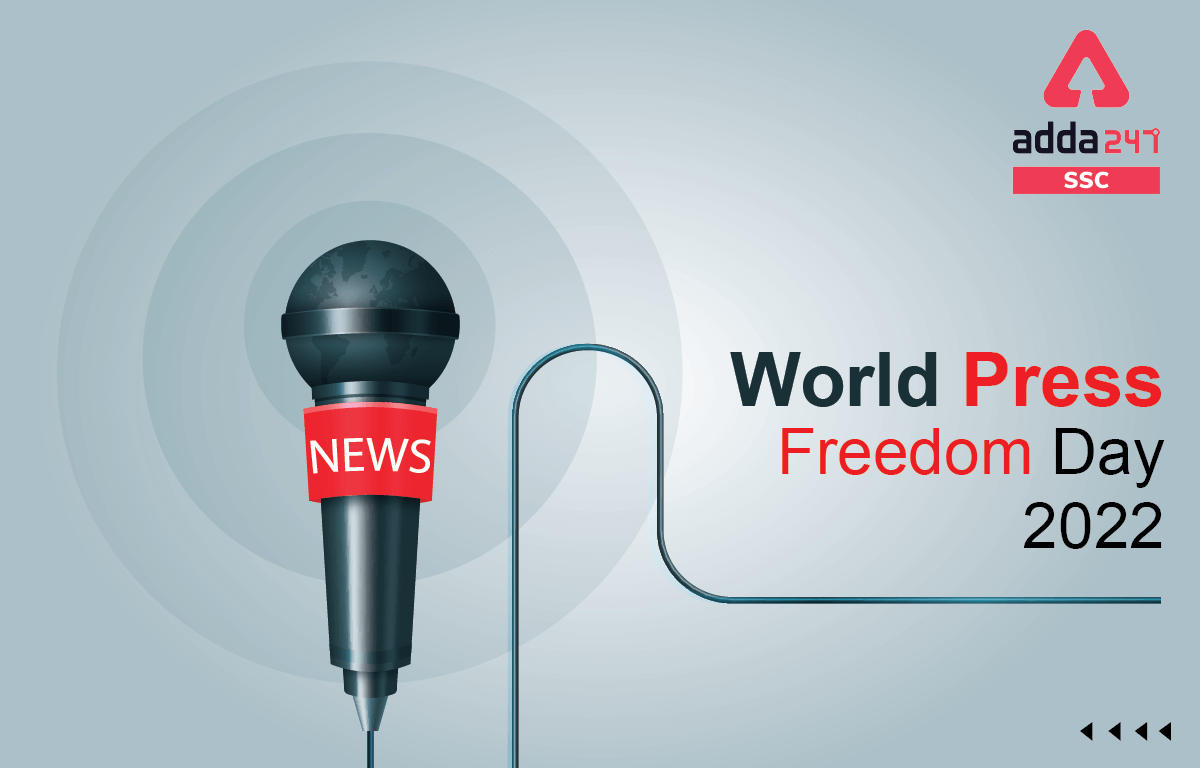 World Press Freedom Day 2022: World Press Freedom Day is also known as World Press Day. May 3 was announced as International Press Day in 1993 by the UN General Assembly upon recommendation of UNESCO’s General Conference to spread awareness about the importance of Freedom of the Press in functioning, information providing, its significance and to awaken the government of its duty to uphold and respect the right to freedom of expression. This day also pays homage to journalists who have lost their lives. This year, it is hosted in Uruguay

The theme of World Press Freedom Day 2022 is “Journalism under digital siege“.

The theme of this year focuses on how today’s journalism is in danger by multiple digital surveillance strategies and attacks on journalists. It aims to emphasize the consequences of digitalization overshadowing true journalism on the public trust in digital communications.

World Press Freedom Index is an annual list of countries prepared by Reporters Without Borders (RWB), a Paris-based international non-governmental organization that works to safeguard the right to freedom of expression and information.

Norway topped the list in 2021. India ranked 142 in the previous two years World Press Freedom Index 2022, which fell two places from 2019, however, the list has not yet been published for 2022.

India’s performance as being the largest democracy has been disappointing in the World Press Freedom Index,  as its government pledges to uphold the freedom of the press. Its steadily decreasing rank is a serious matter of concern for the citizens and has aroused serious debates amongst journalists, governments, political parties, and bureaucrats. In response, the Government of India has refused to accept the rankings and has questioned the authenticity of the data prepared by Reporters Without Borders.