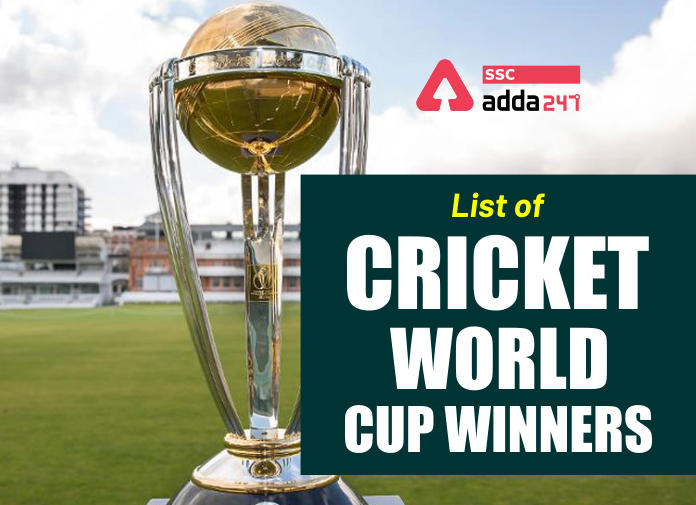 Given below is the list of all the ODI cricket world cup winners. West Indies and India have won the ODI Cricket world cup twice. Sri Lanka, Pakistan, and England have won it once and Australia has won it for a record five times.

Twenty-Twenty Cricket (called T20 cricket) is the latest and shortest version of cricket. The first edition of the T20 cricket World Cup was held in South Africa which was won by India against Pakistan in the final held in 2007. The list of all the T20 World Cup winners is given below:

Q. Who has scored the most runs in ODI World Cup cricket?

Ans. Sachin Tendulkar holds the record of scoring the most runs in the ODI World Cup (2,278 runs).

Q. Which country has won the most no. of T20 World Cups?

Q. Which was the first ODI World Cup to be held outside England?

Ans. 1987 Cricket world cup was the first world cup to be held outside England. It was jointly held in India and Pakistan.

Q. Who holds the record of scoring most sixes in ODI World Cup History?

Ans. Chris Gayle has hit most no. of sixes in ODI world cup History (49 sixes).