Skip to content
Latest SSC jobs   »   What is Ammonium Nitrate? How does... 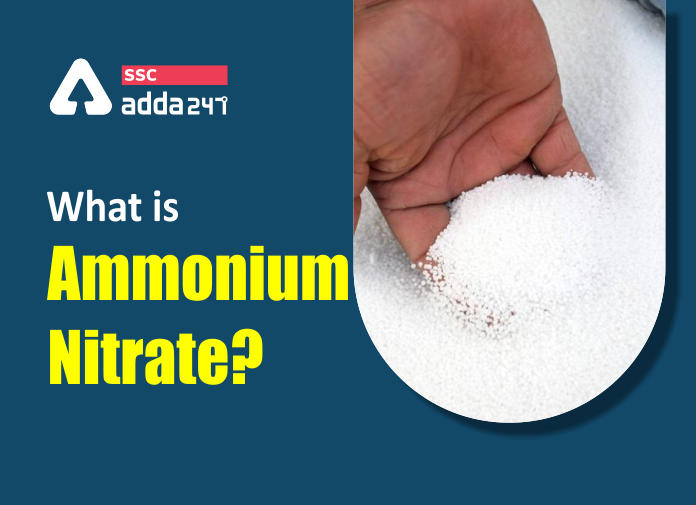 On 4th August 2020, a massive explosion occurred at Beirut port killing over 100 people till now and injuring more than 4000 people. It shook the capital city of Lebanon spreading grief all across the world. Many countries have also extended their support to Lebanon to help them cope with the disaster. What was the cause of such a massive explosion? According to the government of Lebanon, over 2,700 tonnes of ammonium nitrate was kept in storage at the Beirut port for 6 years that resulted in the blast. What is ammonium nitrate and how is it used? Let’s read in detail.

What is Ammonium Nitrate?

As Ammonium nitrate can be misused by scrupulous elements of the society for making explosives, it is highly regulated in India to prevent mishandling. The compound is widely used in the manufacture of industrial explosives, fertilisers, anaesthetic gases, cold packs and is more likely to be misused. Hence, The Ammonium Nitrate Rules, 2012 cover the manufacture, export, transport, conversion, bagging, import, possession for sale or use of ammonium nitrate. It is even illegal to store large amounts of this compound in popular or crowded areas. An Industrial licence is required under the Industrial Development and Regulation Act, 1951 for activity dealing with ammonium nitrate.