Skip to content
Latest SSC jobs   »   What Happened On This Day In... 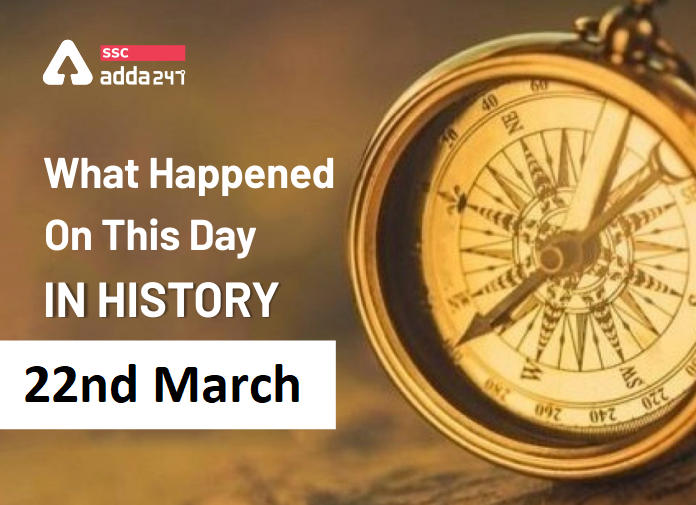 22nd March can be noted as a special day for a number of events. A good number of personalities took birth on this day such as the British scientist Katherine Jones, the English poet Edward Moore, the chess grandmaster Kenneth Rogoff, and many others.

Also, this is the day when a number of events took place about which the modern man does not know even.

Apart from the above-mentioned events, there are certain reasons that make 22nd March special.

Why is the 22nd March special?

There are some observations that are held each year on this day.

Water is precious and this does not need any reminder. But the way people are wasting water, it is necessary that they are reminded to put a brake on it. 22nd March is observed each year as World Water Day. This is an initiative by the UN to protect the freshwater available on Earth. It has mentioned several guidelines about how water can be used without saving.

This is the latest event that is about to happen on 22nd March 2020 in India. The day will be observed as a self-imposed curfew by the Indians across the country against the epidemic disease Coronavirus that has affected China and Italy drastically. The impacts of the virus are also increasing in India and hence this is considered as a step towards it as a precautionary measure. It is said to be the largest or first such curfew and if it gets successful, this day is going to be remembered in the pages of history soon.