1. DIASPORA (noun) प्रवासी
Meaning: a group of people who live outside the area in which they had lived for a long time or in which their ancestors lived.
Synonyms: emigration, evacuation, decampment, departure.
Antonyms: arrival, entrance, ingress, advent.
Usage: Enforced ethnic cleansing and poor economic prospects at home caused a diaspora which tested national flexibility.

2. DISCERN (verb) पहचानना
Meaning: recognize or find out.
Synonyms: perceive, learn, verify, deduce.
Antonyms: disregard, ignore, neglect, overlook.
Usage: From the annals of Indian history, it can be discerned that the role of women in the society is no less than men.

3. THUMPING (adjective) अति
Meaning: of an impressive size, extent, or amount.
Synonyms: colossal, immense, mammoth, monumental.
Antonyms: negligible, little, infinitesimal, minute.
Usage: But this year, when precisely the same measure came up for a required second vote, it was defeated by a thumping margin of 157 to 39.

5. FACET (noun) पहलू
Meaning: a particular aspect or feature of something.
Synonyms: feature, factor, dimension, characteristic.
Antonyms: drivel, rear, fence, generality.
Usage: All the facets of the business environment were deliberated, to shed new light on the working of corporates.

6. MISGIVING (noun) संदेह
Meaning: a feeling of doubt or apprehension about the outcome or consequences of something.
Synonyms: qualm, doubt, reservation, scruple.
Antonyms: assurance, belief, credence, certitude.
Usage: Despite my misgivings, I picked up a box of these today when I filled the new prescription.

7. LOGJAM (noun) गतिरोध
Meaning: something that blocks the ability to do other things.
Synonyms: deadlock, lag, quagmire, stagnation.
Antonyms: expedition, assistance, aid, advance.
Usage: We have a lot of hope that we can use this bill to break the logjam and move forward on Social Security.

9. DETENTE (noun) नरमी
Meaning: the easing of hostility or strained relations, especially between countries.
Synonyms: agreement, peace, amity, concord.
Antonyms: disruptive, antagonism, antipathy, hostility.
Usage: The policy of detente was scrapped and the objective was increasingly to roll back the Soviet Union. 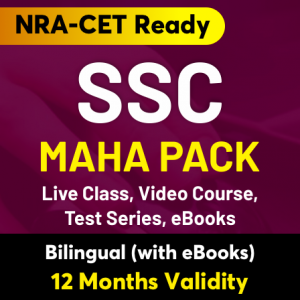