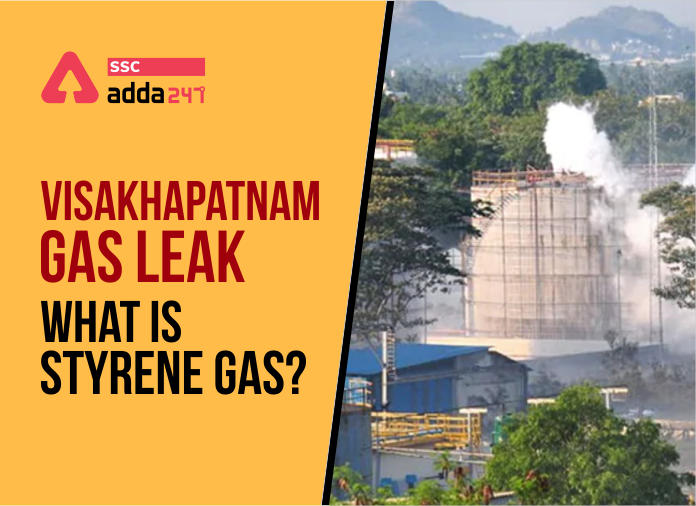 As India is battling with COVID-19 outbreak, a shocking incident took place at Visakhapatnam on the early hours of 7th of May. Reportedly, a polymer plant gas leakage took place at an LG plant located at RRV Puram near Gopalapatnam, about 15 km from Visakhapatnam. It claimed 11 lives and affected thousands of people living in the area nearby. The incident recalled the horrifying memories of the 1984 Bhopal gas tragedy that shook the nation through its core. The gas leakage took place from the styrene plant at 3 am when the people were fast asleep.

What is Styrene Gas?

Styrene is a type of synthetic chemical and a derivative of benzene. It is stored in the factories in its liquid form but has the property to evaporate easily. The compound is used to make plastic packaging, synthetic rubber, disposable cups and food packaging. It has to be kept at temperatures below 20 degrees to prevent evaporation.

What happens if someone is exposed to Styrene gas?

Styrene directly affects the Central Nervous system of a person. If mild to moderate exposure to gas takes place, it may result in breathing problems, weakness, nausea, respiratory diseases, difficulty walking, fatigue, irritation in eyes & skin and unconsciousness. High exposure to the gas may result in Coma, pulmonary edema and irregular heartbeat. It could also lead to cancer and depression in some cases. Acute breathlessness may also cause death.

What caused the gas leak at the plant?

As per officials, the investigation is still going on and the exact cause is yet to be found. LG Polymers stated that stagnation of the gas from the last 44 days and changes in temperature inside the storage tank may have resulted in auto polymerization. As a result, vapourisation took place and the gas was evaporated. Although it is unclear if the deaths are due to the direct exposure of styrene or its byproducts. The exact cause will be determined after the investigations are conducted thoroughly.

Were safety protocols followed in the plant?

Styrene is stored in gas tanks under 20°C to keep it stable. The temperature is continuously monitored in the plant. Any exposure to light or heat may result in polymerisation of the gas. As per the reports, a team of 15 engineers and officials were on duty at the factory throughout the lockdown period to monitor it. If the temperature rises in the tanks, inhibitors are added to keep the styrene stable. As a safety measure, the styrene tanks are never filled to capacity. There were a total of 1,800 tonnes of styrene stored at the plant at the time of the leak. As per the company, the protocols were followed.