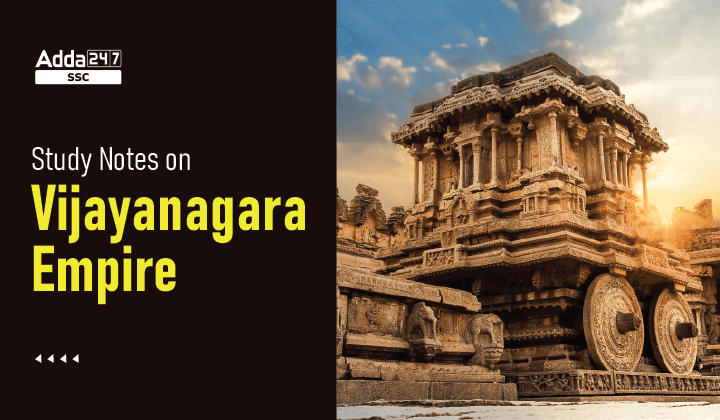 Vijayanagara or “city of victory” was the name of both a city and an empire. In the year 1336 AD, Harihara and Bukka of the Sangama dynasty established the empire. For the upcoming exams, this page provides all the necessary facts about the Vijayanagara Empire.

Sangama, Saluva, Tuluva, and Aravidu are the four dynasties that made up the Vijayanagar Empire history. The empire was founded in the fourteenth century (1336 AD) by Harihara and Bukka of the Sangama dynasty. They made Hampi the capital city. In 1986, Hampi was declared a World Heritage site by UNESCO.

Hampi is the capital of the Vijaynagar Empire. The present-day Hampi is surrounded by the remains of the empire. In Hampi, there are numerous municipal, military, and religious monuments, including the Virupaksha Temple. Other marvelous architectures are Vijaya Vittala temple, Achyutaraya temple and The King’s balance. Hampi was also one of the biggest trading centers in the world. It is referred to as “the city of ruins.”

Located in the Deccan, the Vijayanagara empire was a south Indian kingdom. It stretched from the river Krishna in the north to the extreme south of the peninsula.See the Vijayanagar Empire map given below. 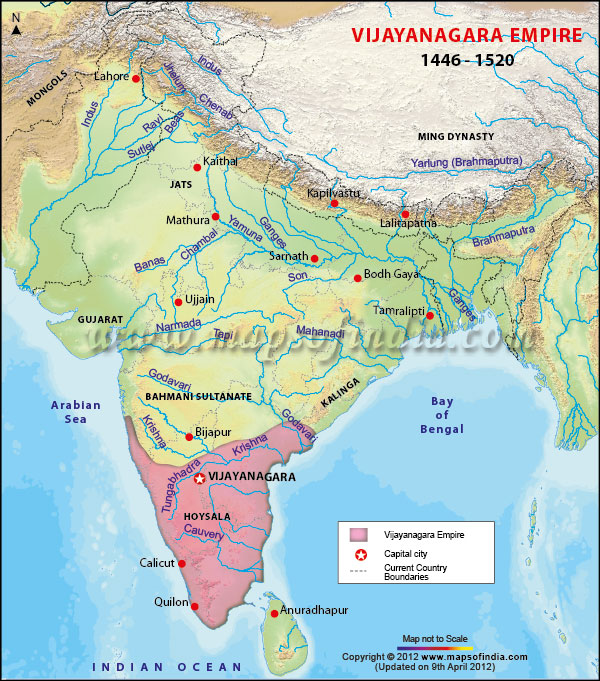 Two brothers named Harihara and Bukka, who were soldiers in Muhammad-bin-Tughlaq’s army are the founder of the Vijayanagar empire. In 1336, they seceded from the Delhi Sultanate and founded an independent state in Karnataka, with Vijayanagar as its capital city on the banks of the Tungabhadra River. 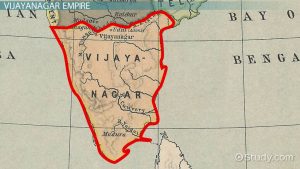 Vidyaranya, a saint and contemporary scholar, assisted and motivated Harihara and Bukka in establishing their empire.

Details of the Vijayanagar Empire dynasties is given below-