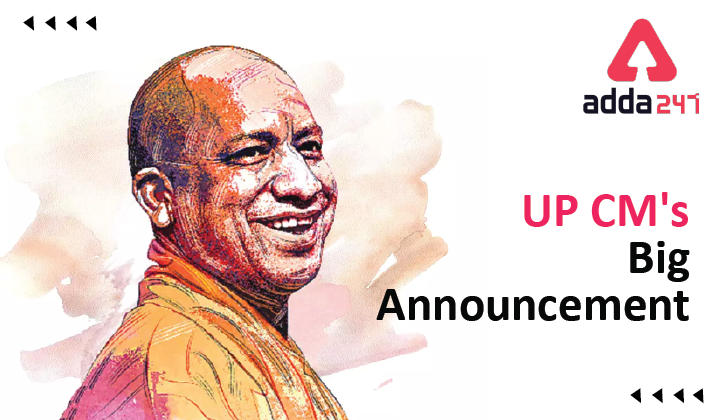 Every dark cloud has a silver lining. The dark phase is over and good time is about to come who dream of a Government job in the State of Uttar Pradesh. Years of hard work and dedication by the numerous aspirants will pay off very soon. The Government of Uttar Pradesh is back in action.

A big announcement was made by UP CM Yogi Adityanath on the matter of employment of youth in the government sector of Uttar Pradesh.

Uttar Pradesh Chief Minister Yogi Adityanath on Thursday 31st March 2022 announced to provide government jobs to more than 10,000 youths of the state in the next 100 days. 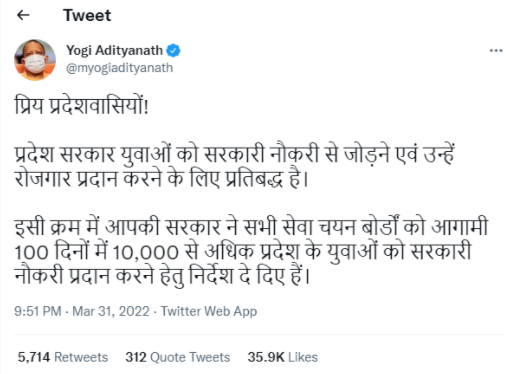 The state government has given instructions to all the service selection boards to provide government jobs to more than 10,000 youths of the state in the next 100 days, the CM tweeted

It is very clear that the state government is very keen to provide jobs to the youth as soon as possible to fill the promises by the government in power in the state of UP. A large number of seats are underlying vacant and they will be filled up shortly through various recruiting agencies of the Government.

Few days earlier also in a Tweet from the Office of Chief Minister of Uttar Pradesh, CM had directed the senior officials to speed up the process of filling the underlying vacant posts in the Government of UP.

The selection process will be done purely on the basis of merit while acknowledging the efforts of senior officials in improving the procedure being followed by the state government in hiring employees over the past five years.

In this article, we are providing information about the tentative vacancies in the state of Uttar Pradesh as per media reports.

Departments Wise Vacancy Details to Be Filled are listed below: –