Directions (1-2): Choose the number pair/group which is different from others.

Q3. In a certain code, TWINKLE is written as SVHOJKD, then how would DREAMER be written in the same code?
(a) CQDBLDS
(b) CQDBKDQ
(c) CQDBLDQ
(d) CQFBLDQ

Q4. Rehana told Vani, “The girl I met yesterday at the beach was the youngest daughter of the brother-in-law of my friend’s mother.” How is the girl related to Rehana’s friend?
(a) Cousin
(b) Daughter
(c) Niece
(d) Friend

Q7. If ‘oranges’ are ‘apples’, ‘bananas’ are ‘apricots’, ‘apples’ are ‘chillies’, ‘apricots’ are ‘oranges’ and ‘chillies’ are ‘bananas’, then which of the following are green in colour?
(a) Apricots
(b) Bananas
(c) Chillies
(d) Apples

Direction (8-9): In the following questions, four numbers are given. Out of these, three are alike in a certain way but the rest one is different. Choose the one which is different from the rest three.

Q11. Which of the following is the same as Grafting, Budding, Layering?
(a) Weeding
(b) Digging
(c) Field
(d) Seed

Direction (12): In this letter series, some of the letters are missing which are given in that order as one of the alternatives below is. Choose the correct alternative.

Direction (13-14): In the following question, one term/number is missing. Choose the correct term from the given alternatives.

Direction (15): Letters of the words given below have been jumbled up. You are required to construct the words. letter has been numbered. Choose the option which gives the correct order of the letters as indicated by the numbers to form words.

Solutions
S1. Ans.(d)
Sol. All other groups except (d) consist of prime numbers only, while (d) consists of one composite number i.e. 91. Hence, the answer is (d).

S4. Ans.(a)
Sol. The relations may be analysed as follows:
Daughter of brother-in-law – Niece;
Mother’s neice – Cousin.
So, the girl is the cousin of Rehana’s friend.
Hence, the answer is (a). 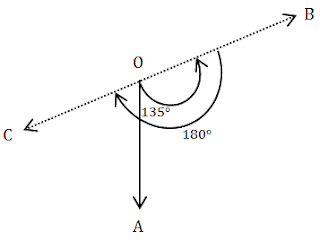 S9. Ans.(c)
Sol. All others indicate disorder of health.

S12. Ans.(c)
Sol. The series is abcd/bcad/cabd/abcd/bcad/cabd. Clearly, each group consists of letters of the previous group in the order – second, third, first and fourth.