Q2. A series is given, with one term missing. Choose the correct alternative from the given ones that will complete the series.

Q8. Find out the number of triangles in the figure? 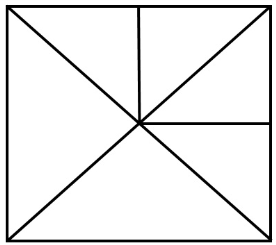 Q9. Select the missing number from the given responses: 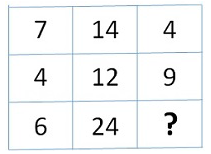 Q14. Pointing to a photograph a woman says, “He is the brother of the daughter of my mother-in-law’s only son”. How is the man related to the woman?
(a) Son
(b) Brother
(c) Brother-in-law
(d) Nephew