As we all know in SSC exams General Studies played an important role in getting more marks from the cut off.  To get well verse with GS you all have to work really hard,as GS is the only subject which cannot be completed in a day, it needs time.

For this, we are starting a new initiative named ” Today is the day when?”, in which we will post what important events took place in the history of India on the given day. 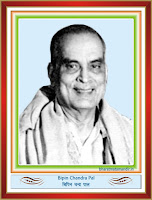 a) On this day in 1858, Bipinchandra Ramchandra Pal, powerful revolutionary and journalist, was born in a place called Silhat (now in Bangladesh).
b) He was among the trio which was known as “Lal,Bal,Pal” during the freedom struggle.
c) He started as newspaper called “Swaraj” for the Indians in England.
d) He was a Teacher, journalist, writer and librarian, &  a supporter of Brahmo Samaj.
e) He was ardent social reformer-he married a widow of a higher caste twice in his life and gave his powerful support to the Age of Consent Bill of 1891.
f) “Paridarsak” , “New India and “Bande Mataram” are some of the journals started by him.

The last mughal emperor, Bahadurshah Jafar-II died at Rangoon in British prision in 1862.
His full name was ‘Mirza Abu Zafar Sirajuddin Muhammad Bahadur Shah Zafar’.
He was the 17th emperor of Mughal Empire and also the last ruler of the Timurid Dynasty.  He was born to King Akbar and Lalbai, the Rajputana queen.
He became the Mughal Emperor after his father’s death in 1837.
His collections of Ghazals is known as Kulliyyat-i-Zafar. 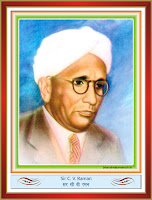 On this day, the veteran Physicist, Sir Chandrasekhara Venkata Raman,was born in 1888 at Tiruchirapalli, South India.
He was the recipient of the 1930 Nobel Prize for Physics for the 1928 discovery now called ‘Raman scattering’–a change in frequency observed when light is scattered in a transparent material.
Sir C.V. Raman became the Fellow of the Royal Society of London in 1924. A year later, he set up Raman Research Institute near Bangalore, where he continued scientific research 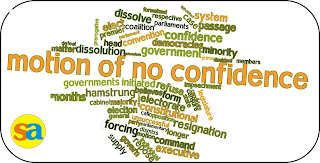 No-Confidence Motion
Article 75 of the Constitution says that the council of ministers shall be collectively responsible to the Lok Sabha. It means that the ministry stays in office so long as it enjoys confidence of the majority of the members of the Lok Sabha. In other words, the Lok Sabha can remove the ministry from office by passing a no-confidence motion. The motion needs the support of 50 members to be admitted. Simple Majority is needed to pass such motion.