Q1.Sarnath Stambh was built by

Q2.Who was the son of Ashoka mentioned in an inscription?

Q3.Who was the first to have successfully read the Ashoka’s inscriptions?

Q4.Which one of the following scripts of ancient India was written from right to left?

Q5.The name by which Ashoka is generally referred to in his inscription is

Q7. Select the related word from the given alternatives.
Flow : River :: Stagnant : ?

Q8. Select the related letters from the given alternatives.

Q10. Find the odd word from the given alternatives.

Shimla
Ooty
Darjeeling
Agra
Solution:
Letters are forwarded by one.
Except Agra all are hill stations.

Directions (11-15): In each of the following sentences, a part of the sentence is left unfinished. Beneath each sentence, four different ways of completing the sentence are indicated. Choose the best alternative among the four.

It is important
It is of cardinal importance
It should be urgently understood
It cannot be emphasized
Solution:
It is important- is correct choice to complete the meaning of the given statement.

he makes out of it.
he gets for others.
he has overcome through it.
he becomes by it.
Solution:
he becomes by it- is correct choice to complete the meaning of the given statement.

Q14. In pursuance of their decision to resist what they saw as anti-labour policies, the company employees’ union launched agitation to __________.

Q15. The safest general characterization of the European philosophical tradition as it has developed up to now, with all its diverse proponents, is that it consists of a __________ Plato. 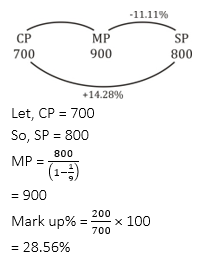 Q17. A shopkeeper wants to earn a profit of 20% and at the same time, the minimum discount which he wants to offer is 25%. What should be the minimum percentage mark-up over CP? 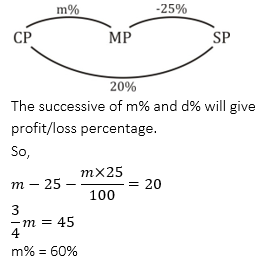 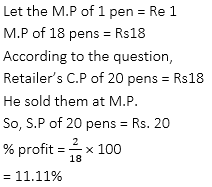 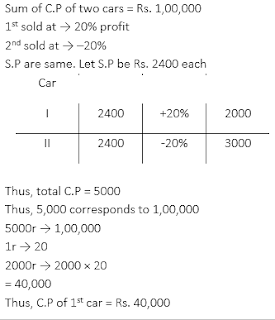