1.Spate (noun)-अतिवृष्टि, क्रमिक घटना
Meaning: a large number of similar things coming in quick succession.
Synonyms: series, succession, run, cluster, string, outbreak, rash, epidemic, explosion, plague, wave, flurry, rush, flood, deluge, torrent, outpouring.
Example: Fifteen years ago, in Rajasthan’s Baran and Udaipur districts, there was a spate of starvation deaths. The government of the time made up fanciful stories to deny that the deaths had anything to do with hunger or government failure.
2.Perceptible (adjective)-दृष्टिगोचर
Meaning: (especially of a slight movement or change of state) able to be seen or noticed.
Synonyms: noticeable, perceivable, detectable, discernible.
Example: Since then, there has been a perceptible improvement in programmes of social support including, but not limited to, the Public Distribution System (PDS).
3.Alter (verb)-हेर-फेर करना
Meaning: change in character or composition, typically in a comparatively small but significant way.
Synonyms:  change, make changes to, make different, make alterations to, adjust, make adjustments to, adapt, amend, improve, modify, convert, revise, recast, reform, reshape, refashion, redesign, restyle, revamp, rework, remake, reconstruct.
Example: The script was altered for the second time in two months but with far greater impact. Soon after Prime Minister Narendra Modi promised far-reaching changes to simplify the goods and services tax regime, especially for small businesses and consumers, the GST Council delivered some relief measures on Friday.
4.Lustre (noun)-आलोक
Meaning: a gentle sheen or soft glow.
Synonyms: sheen, gloss, glossiness, shine, brightness, radiance, burnish, polish, patina, glow, gleam, glimmer, shimmer.
Example: However, the circumstances in which he had to assert this authority have the potential to greatly diminish the court’s lustre.
5.Perverse (adjective)-जिद्दी, उद्दंड
Meaning: showing a deliberate and obstinate desire to behave in a way that is unreasonable or unacceptable.
Synonyms: awkward, contrary, difficult, unreasonable, uncooperative, unhelpful, obstructive, disobliging, unaccommodating, troublesome, tiresome, annoying, vexatious.
Example: However, it would be perverse and irresponsible to attribute corrupt motives without compelling evidence. At the same time, by heading the Bench himself, the Chief Justice may have contributed to the perception that he will preside over a hearing in his own cause, rather than leaving it to another set of judges to reiterate the legal position on who has the sole say in deciding the roster.
6.Puisne (adjective)-पद में कम
Meaning: (in the UK and some other countries) denoting a judge of a superior court inferior in rank to chief justices.
Example: Justice Chelameswar, the senior-most puisne judge, may have passed his order based on the petitioner’s claim that there would be a conflict of interest were the Chief Justice to choose the Bench.
7.Foster (verb)-बढ़ावा देना, प्रोत्साहन देना
Meaning: encourage the development of (something, especially something desirable).
Synonyms: encourage, promote, further, stimulate, advance, forward, cultivate, nurture, strengthen, enrich, help, aid, abet, assist, contribute to, support, endorse, champion, speak for, proselytize, sponsor, espouse, uphold, back, boost.
Example: As for the lawyer-activists involved, it is one thing to flag corruption, another to foster the impression that they want to choose the judges who will hear them.
8.Fraternity (noun)-भ्रातृत्व
Meaning: a group of people sharing a common profession or interests, friendship and mutual support within a group.
Synonyms: brotherhood, fellowship, kinship, friendship, companionship, support, mutual support, solidarity, community, union, togetherness; sisterhood, profession, body of workers.
Example: The only way to end the current turmoil in the judicial and legal fraternity is to ensure that the Central Bureau of Investigation holds an impartial probe in the case registered by it.
9.Tumult (noun)-कोलाहल
Meaning: a loud, confused noise, especially one caused by a large mass of people.
Synonyms: din, loud noise, racket, uproar, commotion, ruckus, rumpus, hubbub, pandemonium, babel, bedlam, brouhaha, fracas, furore, melee, frenzy, ado.
Example: These perceptions should not result in the sidestepping of the real issue raised by the CBI’s FIR: the grim possibility of the judiciary being susceptible to corruption. Tumult and turmoil should not overshadow this substantive issue.
10.Lucrative (adjective)-लाभप्रद
Meaning: producing a great deal of profit.
Synonyms: profitable, profit-making, gainful, remunerative, moneymaking, paying, high-income, well paid, high-paying, bankable, cost-effective.
Example: Excessive dependence on multilateral frameworks to fulfil national objectives may seem lucrative in the short term but could prove to be a costly mistake in the long term and comprise Indian sovereignty. 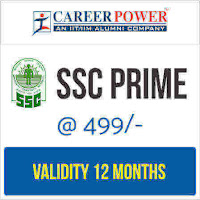