Q1.Sarnath Stambh was built by

Q2.Who was the son of Ashoka mentioned in an inscription?

Q3.Who was the first to have successfully read the Ashoka’s inscriptions?

Q4.Which one of the following scripts of ancient India was written from right to left?

Q5.The name by which Ashoka is generally referred to in his inscription is ?

Q6. Multiply the number which belongs to the square only with the sum of the numbers which belong to the parallelogram only. What is the result?

Q7. A man is performing yoga with his head down and legs up. His face is towards the west. In which direction will his left hand be? 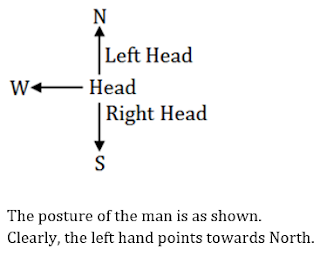 Man’s attitude to various animals changed many times in the course of centuries. From indifference or practicality, he went on to adoration and deification, and then to hatred. Ancient Egyptians, for example, highly appreciated the cat’s ability to destroy rodents. The cat was much superior in this respect to the grass–snakes and weasels they had kept in their houses before. These proved unable to cope with hordes of rats which invaded Egypt from Asia. So the cat, a very useful animal, was ranked as a sacred animal and one of the most important animals, too. The goddess of the Moon, fertility and child–birth, Bast herself was portrayed by the Egyptians as a woman with a cat’s head.
Sumptuous temples were built to this goddess, where cats were kept in luxury and fed the choicest of foods. They had their own priests and votaries, more numerous as a matter of fact than any other sacred animal could boast. According to the Greek historian Herodotus, the festival in the city of Bubastis, which had a temple dedicated to cats, was attended by as many as 700 thousand, who brought their offerings to the goddess in the shape of figurines of her made of gold, silver and bronze and adorned with precious stones.

Europe
Asia
Asia Minor
Africa
Solution:
It is mentioned in the passage that Hordes of rats invaded Egypt. They came from Asia.

sacred animal
goddess
symbol of peace
symbol of fertility
Solution:
According to the given passage, The cat was considered to be a sacred animal.

Q14. What is the opposite of the word ‘votaries’ ?

Enthusiast
Critic
Adherent
Fanatic
Solution:
votary meaning: a person, such as a monk or nun, who has made vows of dedication to religious service.

highly valuable
take pride
act of treating as God
devotees
Solution:
Deification is when a person is treated like a god. 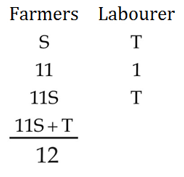 Q18. An empty tank can be filled by pipe A in 4 hours and by pipe B in 6 hours. If the two pipes are opened for 1 hour each alternately with first opening pipe A, then the tank will be filled in. 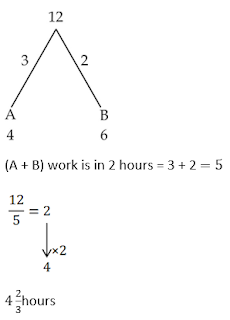 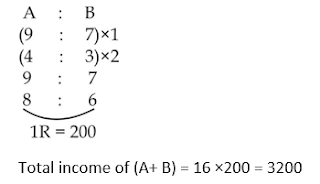