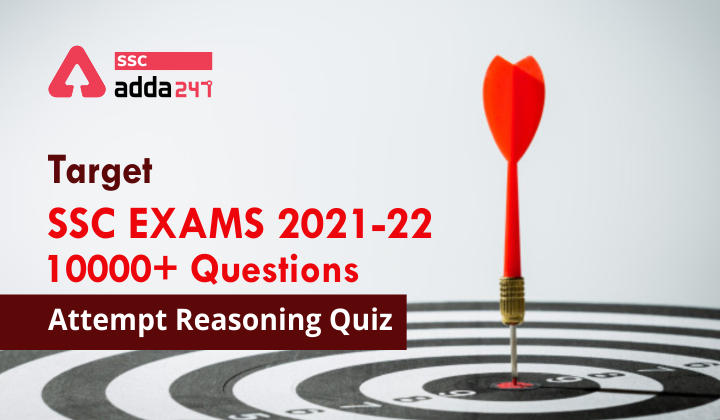 Directions (1-3): In each of the following questions, a number series is given with one term missing. Choose the correct alternative that will continue the same pattern and replace the question mark in the given series.

Q5. Mohini went to the movies nine days ago. She goes to the movies only on Thursday. What day of the week is today?
(a) Thursday
(b) Saturday
(c) Sunday
(d) Tuesday

Q8. Rearrange the letters given below to form a meaningful word and select from the given alternatives the word which is almost opposite in meaning to the word so formed.
R B A N O E H C E R
(a) Liking
(b) Happy
(c) Aversion
(d) Apprehension

Directions (9-10): In each of the following questions, various terms of an alphabet series are given with one or more terms missing as shown by (?). Choose the missing terms out of the given alternatives. 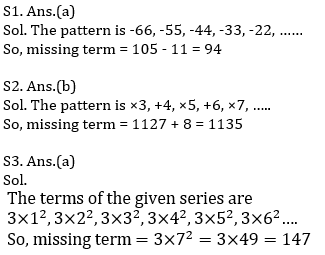 S8. Ans.(a)
Sol. The letters, on rearrangement, form the word ‘ABHORRENCE’ meaning ‘Hatred’, the opposite of which is ‘Liking’.
So, the answer is (a).