Q1. If “S” denotes “multiplied by”, “V” denotes “subtracted from”, “M” denotes “added to” and “L” denotes “divided by”, then
343 L 7 S 6 V 94 M 11 =?
(a) 189
(b) 200
(c) 211
(d) 305
Q2. A man moves 24 metres in south direction and turns 90 degrees anticlockwise and moves another 7 metres and takes a right turn and moves 3 metres and then moves 3 metres in the north direction. Find the distance between his initial and his final position.
(a) 25 m
(b) 30 m
(c) 27 m
(d) 35 m
Q3. Select the related word/letter/number from the given alternatives.
ABDE : FGIJ :: IJLM : ?
(a) NOQR
(b) NOPQ
(c) NMOP
(d) NPQR
Q4. In this question, two statements are given each followed by two conclusions I and II. You have to consider the statements to be true even if they seem to be at variance from commonly known facts. You have to decide which of the given conclusions, if any, follows from the given statements.
Statements:
(I) The sowing of winter crops has been completed in 87% of the seasonal area and its above normal this time.
(II) Plantation of rice is lagging by 30% due to lower area covered in the southern states of Tamil Nadu.
Confusions:
(I) It is considered as delay because the potential of sowing is not completely utilized.
(II) Cultivation is based upon timings.
(a) Only conclusion II follows
(b) Conclusion I and II both follow
(c) Neither I nor II follow
(d) Only conclusion I follows
Q5. Arrange the given words in the sequence in which they occur in the dictionary.
i. Addiction
ii. Adhesive
iii. Astonishing
iv. Adhere
(a) i, iv, ii, iii
(b) iv, iii, i, ii
(c) ii, iii, i, iv
(d) i, iv, iii, ii

Q7. In the following question, which one set of letters when sequentially place at the gaps in the given letter series shall complete it?
p_r_p_qr_p_ _
(a) qpqrqr
(b) qpqrpq
(c) pqprpr
(d) pqrpqr 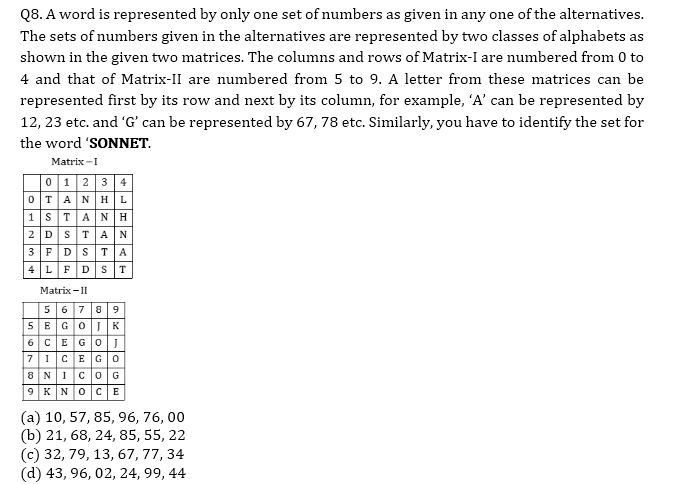 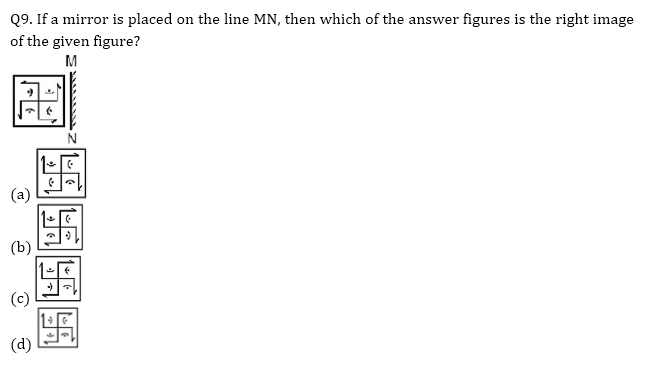 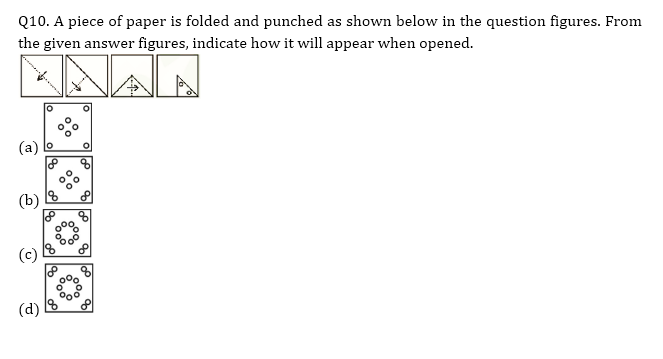 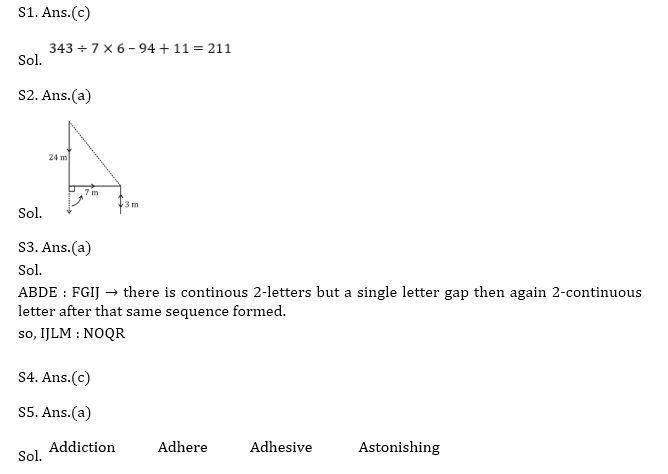 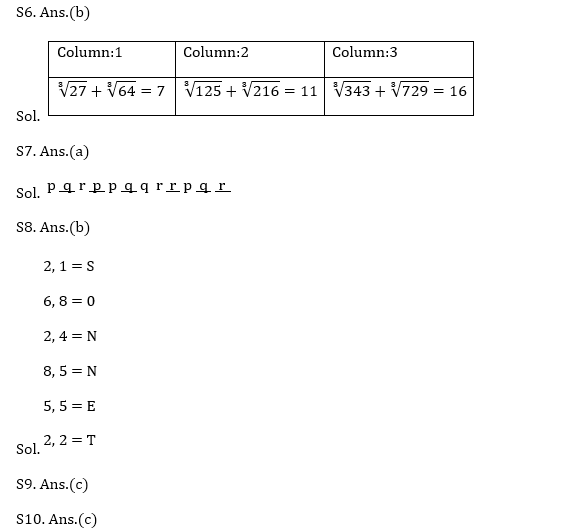