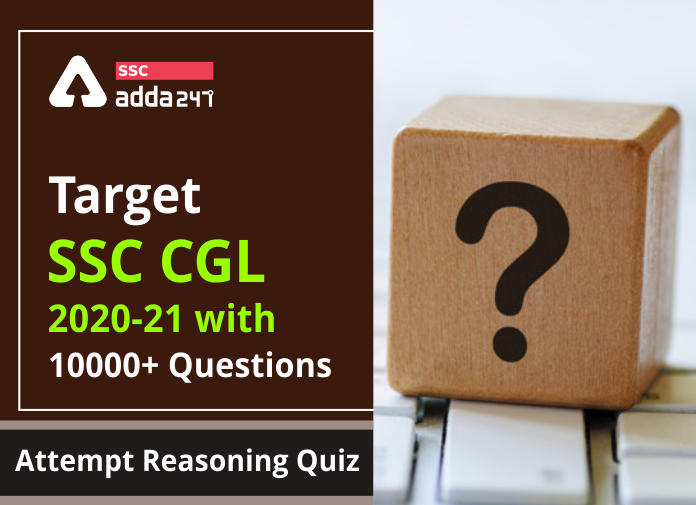 This is the new year with new goals, new experiences and lots of exams to be scheduled soon. SSC CGL has recently released the exam dates so now it is time to gear up your preparations and try hard to get success. ADDA247 never fails to deliver something new and fruitful for you all. This time also we are providing you the best study plan as well as a study material. We are here going to prepare your Reasoning section for the SSC CGL. In this article, we are providing you the details that how we are going to help you to clear the examination this year. We ADDA247 is going to provide you daily tests for all the subjects. The topic-wise quiz will be done from January till May. This will help you to get a deeper knowledge of all the topics and will prepare you thoroughly.

Directions (1-3): In each of the following questions, a number series is given with one term missing. Choose the correct alternative that will continue the same pattern and replace the question mark in the given series.

Q5. Mohini went to the movies nine days ago. She goes to the movies only on Thursday. What day of the week is today?
(a) Thursday
(b) Saturday
(c) Sunday
(d) Tuesday

Q8. Rearrange the letters given below to form a meaningful word and select from the given alternatives the word which is almost opposite in meaning to the word so formed.
R B A N O E H C E R
(a) Liking
(b) Happy
(c) Aversion
(d) Apprehension

Directions (9-10): In each of the following questions, various terms of an alphabet series are given with one or more terms missing as shown by (?). Choose the missing terms out of the given alternatives.

S8. Ans.(a)
Sol. The letters, on rearrangement, form the word ‘ABHORRENCE’ meaning ‘Hatred’, the opposite of which is ‘Liking’.
So, the answer is (a).