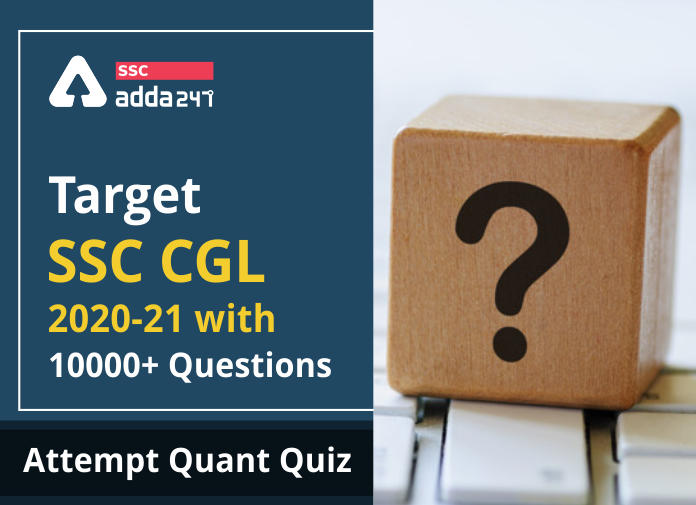 Q1. Three cars leave A for B in equal time intervals. They reach B simultaneously and then leave for Point C which is 240 km away from B. The first car arrives at C an hour after the second car. The third car, having reached C, immediately turns back and heads towards B. The first and the third car meet a point that is 80 km away from C. What is the difference between the speed of the first and the third car?
(a) 60 kmph
(b) 80 kmph
(c) 20 kmph
(d) 40 kmph

Q2. Mr. X decides to travel from Delhi to Gurgaon at a uniform speed and decides to reach Gurgaon after T hr. After 30 km, there is some engine malfunction and the speed of the car becomes 4/5th of the original speed. So, he travels the rest of the distance at a constant speed 4/5th of the original speed and reaches Gurgaon 45 minutes late. Had the same thing happened after he travelled 48 km, he would have reached only 36 minutes late. What is the distance between Delhi and Gurgaon?
(a) 90 km
(b) 120 km
(c) 20 km
(d) 40 km

Q3. Tom, Jerry and Bill start from point A at the same time in their cars to go to B. Tom reaches point B first and turns back and meets Jerry at a distance of 9 miles from B. When Jerry reaches B, he too turns back and meets Bill at a distance of 7 miles from B. If 3 times the speed with which Tom drives his car is equal to 5 times Bill’s speed, what could be the distance between the points A and B
(a) 40 miles
(b) 24 miles
(c) 31 miles
(d) 63 miles

Q6. A bus starts from a bus stop P and goes to another bus stop Q. In between P and Q, there is a bridge AB of certain length. A man is standing at a point C on the bridge such that AC : CB = 1 : 3. When the bus starts at P and if the man starts running towards A, he will meet the bus at A. But if he runs towards B, the bus will overtake him at B. Which of the following is true?
(a) Bus travels 3x times faster than the man
(b) Bus travels 2x times faster than the man
(c) The bus and the man travel at the same speed
(d) 4x the speed of the man is equal to 3x the speed of the bus

Q7. Two friends A and B leave City P and City Q simultaneously and travel towards Q and P at constant speeds. They meet at a point in between the two cities and then proceed to their respective destinations in 54 minutes and 24 minutes respectively. How long did B take to cover the entire journey between City Q and City P?
(a) 60
(b) 36
(c) 24
(d) 48 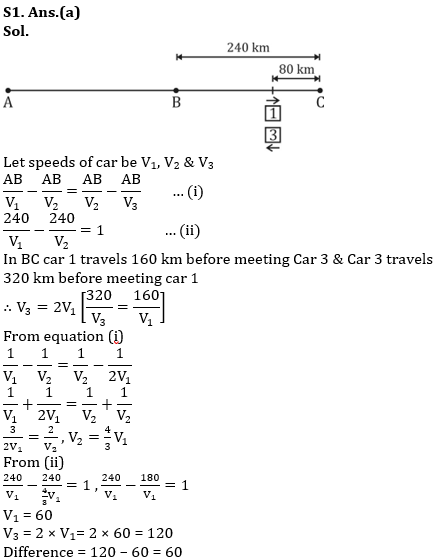 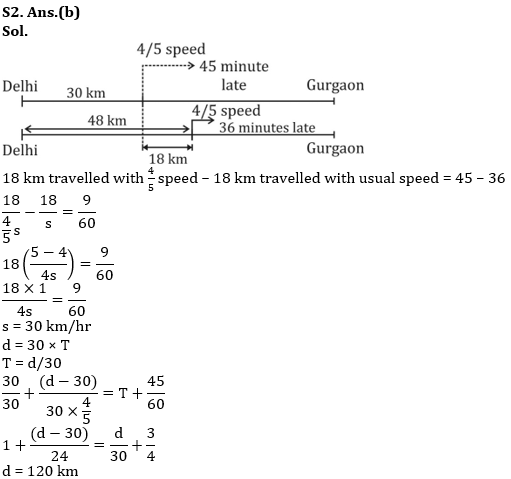 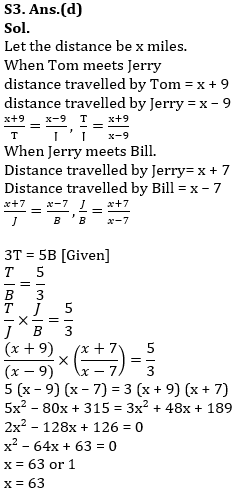 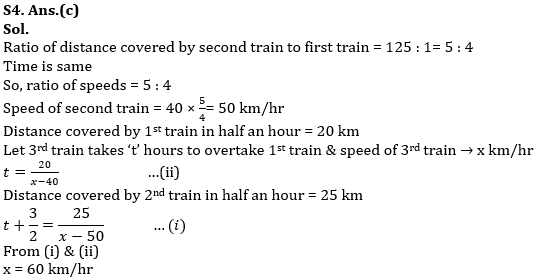 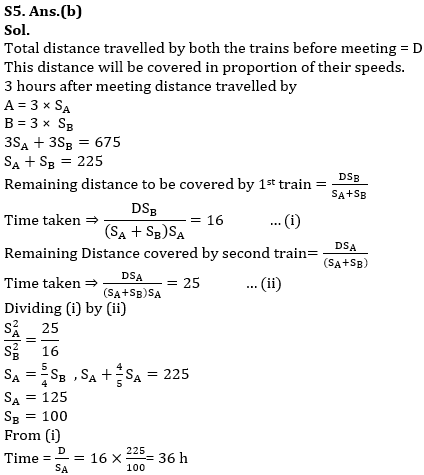 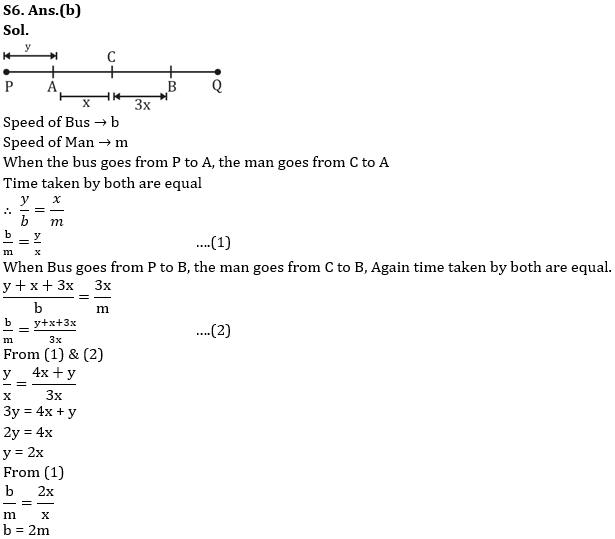 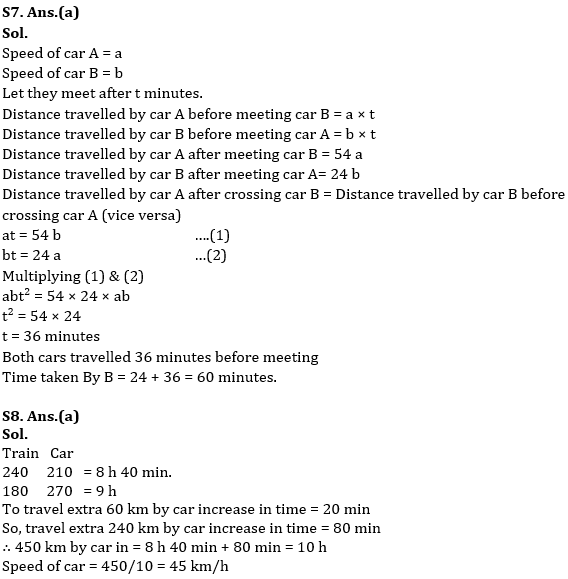 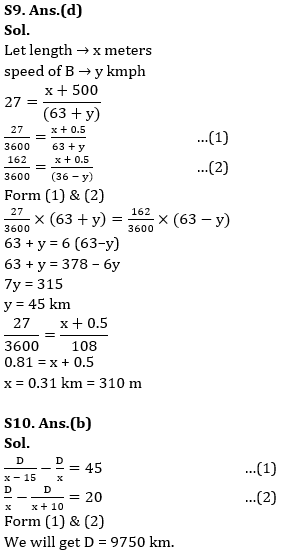