This is the new year with new goals, new experiences and lots of exams to be scheduled soon. SSC CGL has recently released the exam dates so now it is time to gear up your preparations and try hard to get success. ADDA247 never fails to deliver something new and fruitful for you all. This time also we are providing you the best study plan as well as a study material. We are here going to prepare your General Awareness section for the SSC CGL. In this article, we are providing you the details that how we are going to help you to clear the examination this year. We ADDA247 is going to provide you daily tests for all the subjects. The topic-wise quiz will be done from January till April. This will help you to get a deeper knowledge of all the topics and will prepare you thoroughly.

Q1. The words “Satyameva Jayate” in the State Emblem of India were taken from
(a) Mundaka Upanishads
(b) Sama Veda
(c) Rig Veda
(d) Ramayana

Q2. The famous rock-cut temple of Kailasa is at
(a) Ajanta
(b) Badami
(c) Mahabalipuram
(d) Ellora

Q5. Nalanda University was a great centre of learning, especially in
(a) Buddhism
(b) Jainism
(c) Vaishnavism
(d) Tantra

Q6. Who is hailed as the “God of Medicine” by the practitioners of Ayurveda?
(a) Susruta
(b) Chyavana
(c) Dhanwantari
(d) Charaka

Q7. In the Western India The Chalukyas dynasty succeeded by?
(a) Cholas
(b) Kakatiyas
(c) Pallavas
(d) Rashtrakutas

Q8. Which of the following domesticated animals was absent in the terracottas of the Indus civilisation?
(a) Buffalo
(b) Sheep
(c) Cow
(d) Pig

Q9. Which among the following is the sacred book of the Buddhists?
(a) Upanishad
(b) Vedas
(c) Tripitaka
(d) Jatakas

Q10. Who was the first known Gupta ruler?
(a) Sri Gupta
(b) Chandragupta I
(c) Ghatotkacha
(d) Kumaragupta I

S2. Ans.(d)
Sol.The Kailasanatha temple (Cave 16) is one of the 32 cave temples and monasteries known collectively as the Ellora Caves. Its construction is generally attributed to the 8th century Rashtrakuta king Krishna I in 756-773 CE. The temple architecture shows traces of Pallava and Chalukya styles.

S3. Ans.(d)
Sol.Alexander Cunningham published the first Harappan seal (with an erroneous identification as Brahmi letters). It was half a century later, in 1912, that more Harappan seals were discovered by J. Fleet, prompting an excavation campaign under Sir John Hubert Marshall in 1921-22 and resulting in the discovery of the civilization at Harappa by Sir John Marshall, Rai Bahadur Daya Ram Sahni and Madho Sarup Vats, and at Mohenjo-daro by Rakhal Das Banerjee, E. J. H. MacKay, and Sir John Marshall.

S5. Ans.(a)
Sol.Nalanda was a Mahavihara, a large Buddhist monastery, in the ancient kingdom of Magadha (modern-day Bihar) in India. The site is located about 95 kilometres southeast of Patna near the town of Bihar Sharif, and was a centre of learning from the fifth century CE to c. 1200 CE. It is a UNESCO World Heritage Site.

S6. Ans.(c)
Sol.Dhanvantari appears in the Puranas as the god of Ayurveda. It is common practice in Hinduism for worshipers to pray to Dhanvantari seeking his blessings for sound health for themselves and/or others, especially on Dhanteras or Dhanwantari Trayodashi. Govt. Of India has declared that Dhanwantari Trayodashi every year would be celebrated as “National Ayurveda Day”.

S7. Ans.(d)
Sol.In the western Deccan, the rise of the Rashtrakutas in the middle of the 8th century eclipsed the Chalukyas of Badami before being revived by their descendants, the Western Chalukyas, in the late 10th century.

S8. Ans.(c)
Sol.The arts of Indus Valley civilisation, one of the earliest civilisations of the world, emerged during the second half of the third millennium (Bronze Age). The forms of art found from various sites of civilisation include sculptures, seals, pottery, gold ornaments, terracotta figures, etc.

S9. Ans.(c)
Sol.Tripiṭaka, also referred to as Tipiṭaka, is the traditional term for the Buddhist scriptures. The version canonical to Theravada Buddhism is often referred to as Pali Canon in English.

S10. Ans.(a)
Sol.Śri Gupta was a pre-imperial Gupta king in northern India and the founder of the Gupta dynasty. 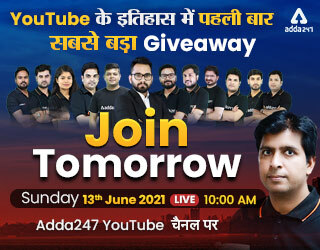