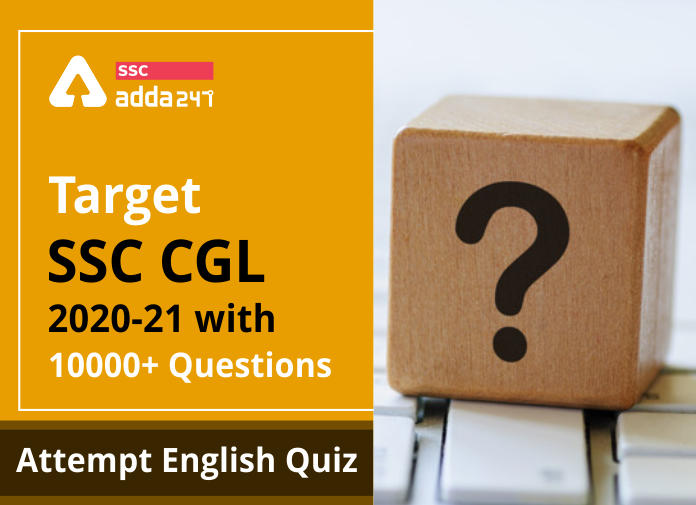 S1. Ans.(b)
Sol. Replace ‘not only speaks English’ with ‘speaks not only English’.

S2. Ans.(b)
Sol. Replace ‘dwelt with’ by ‘dwelt on’ as the correct preposition used with ‘dwell’ is ‘on’.
Dwell on: to think or talk about something a lot of the time.

S3. Ans.(c)
Sol. Replace ‘done’ by ‘made’ because ‘make a mistake’ is an idiomatic expression.
Some other idiomatic expressions are make a noise, commit a sin/crime, score a goal etc.
i.e. sentence is in the ‘Past Participle form’ and Passive voice’ hence ‘mistakes made by’ will be used.

S4. Ans.(d)
Sol. No Error
‘Lest’ takes ‘should’ with itself, hence part (A) is error free.
‘The use of article ‘the’ before father is also apt as ‘the’ represents definiteness and particularity of the subject and his case.
And lastly, ‘taking his M.A. examination’ that year is also correct as to appear in the examination is meant for ‘take the examination’.

S6. Ans.(b)
Sol. There is an error of position of adverb of quantity ‘enough’ as ‘enough’ on being used as an adverb is placed after the word to which it qualifies/quantifies.
Hence, ‘costly enough’ is the right usage.