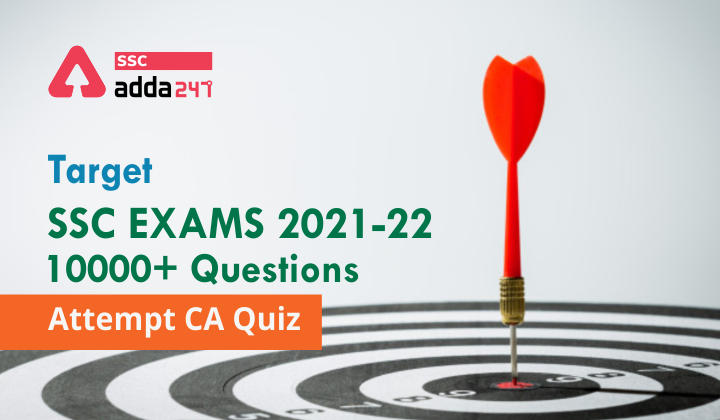 Q1. Poul Schlueter, who has passed away recently was the former Prime Minister of which country?
(a) Denmark
(b) Iceland
(c) Sweden
(d) Greece
(e) Russia

Q3. Who is the author of the book ‘Stargazing: The Players in My Life’?
(a) Sourav Ganguly
(b) Kapil Dev
(c) Mohammad Azharuddin
(d) Ravi Shastri
(e) Rahul Dravid

Q7. Which of the following organisation has introduced the world’s first Nano Urea Liquid for farmers across the world?
(a) Ministry of Agriculture & Farmers’ Welfare
(b) ICAR
(c) NABARD
(d) IFFCO
(e) CIAE

Q10. Which one of the following has recently emerged as India’s largest e-pharma company?
(a) PharmEasy
(b) Medlife
(c) Medicare
(d) BharatBiotech
(e) ZentaVista

Q14. Who among the following has taken over as president of the Confederation of Indian Industry (CII)?
(a) Anil Ambani
(b) Uday Kotak
(c) T.V. Narendran
(d) Ratan Tata
(e) Zia Mody

S1. Ans.(a)
Sol. Poul Schlueter, the former Prime Minister of Denmark, has passed away. He was 92.

S2. Ans.(b)
Sol. In Madhya Pradesh, Chief Minister Shivraj Singh Chouhan government has launched a scheme named ‘Ankur’ under which citizens will be awarded for planting trees during monsoon. Citizens taking part in this initiative will be given the Pranvayu Award, to ensure public participation in the programme.

S3. Ans.(d)
Sol. Cricket all-rounder, commentator and coach, Ravi Shastri is now making his publishing debut, as he has penned a book titled ‘Stargazing: The Players in My Life’.

S4. Ans.(e)
Sol. Decorated historian and author Vikram Sampath has come out with the second and concluding volume of the book on the life and works of Veer Savarkar titled “Savarkar: A contested Legacy (1924-1966)”.

S5. Ans.(a)
Sol. United Nations celebrates Global Day of Parents on the 1st of June every year to honour all the parents throughout the world.

S6. Ans.(b)
Sol. World Health Organisation (WHO) has awarded Union Health Minister Dr Harsh Vardhan with `WHO Director-General Special Recognition Award` for his accomplishments in the area of tobacco control.

S8. Ans.(a)
Sol. Utah Jazz guard Jordan Clarkson has won the 2020-21 Kia NBA Sixth Man Award for his contributions in a reserve role. This is the first Sixth Man honour for Clarkson, who becomes the first player to win the annual award with the Jazz. Clarkson received 65 first-place votes and earned 407 total points from a global panel of 100 sportswriters and broadcasters.

S10. Ans.(b)
Sol. PharmEasy has acquired Medlife for an undisclosed amount. The deal will make PharmEasy the largest player in the domestic online pharmacy sector, with the combined entity set to serve 2 million customers a month. The deal values the stake of Medlife shareholders at $250 million

S11. Ans.(c)
Sol. IIT Guwahati researchers have developed a smart window material that can effectively control the amount of heat and light passing through it in response to an applied voltage.

S13. Ans.(e)
Sol. The Food and Agriculture Organisation of the United Nations celebrates World Milk Day every year on 01st June to recognize the importance of milk as a global food, and to celebrate the dairy sector.

S15. Ans.(b)
Sol. The Reserve Bank of India (RBI) has cancelled the licence of Pune-based Shivajirao Bhosale Sahakari Bank. The bank ceases to carry on banking business, with effect from the close of business on May 31.