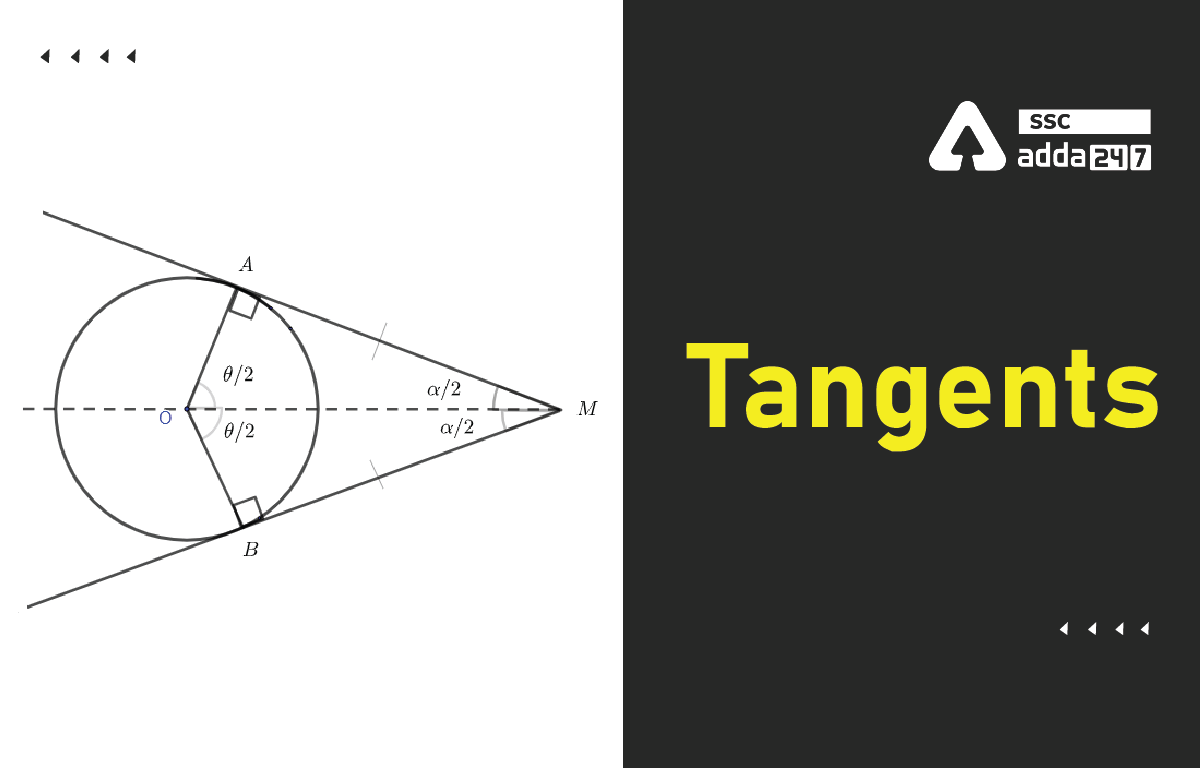 Tangents: Tangent is a Latin word that means to touch. A tangent is defined as a straight line that touches the circle or ellipse at any single point and doesn’t enter the circle. In geometry, the tangent is the straight lime touches at any point of the circumference of a circle. Here we are going to discuss the meaning of tangent, tangent to a circle, theorem of a tangent, etc. So stay tuned to this article to get detailed knowledge about tangents. 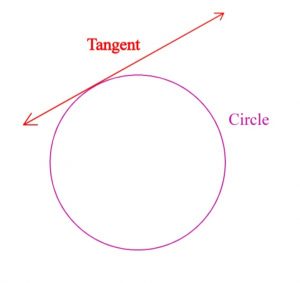 In geometry, a tangent is defined as the straight line drawn from any single point to the circumference of a circle. It is also defined as the line which represents the slope of a curve at that particular point. A line touches the point called the point of tangency. In our daily life, we can experience a tangent easily, if we roll a ball or ring on the surface then every point of the circumference of the wheel makes the tangent.

A tangent is a line that passes through a point on the circumference of a circle and never enters the circle. A circle has infinite tangents. It touches the circle at only a single point. 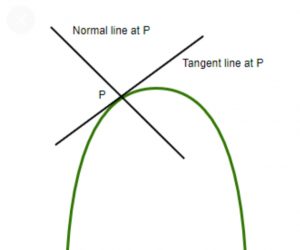 Consider an arc C and a point external to arc C is any point. A straight line drawn from that point to C touches the circumference of a circle at point P known as the point of tangency. This is an example of a tangent. The tangent is shown in the above figure clearly.

Following are the important properties of a tangent:

In trigonometry, the tangent is the ratio of the length of the opposite side to the adjacent side of the right-angled triangle. It is also defined as the sine to cosine function of an acute angle such that the value of the cosine function is not equal to zero. Tangent is one of the important trigonometric functions from a total of six functions.

Consider a right-angled triangle ABC in which angle ABC is, AB is the hypotenuse, BC is the adjacent side and AC is the opposite side respectively.

Consider any curve, on which a tangent line passes through a single point located at the circumference and a normal drawn to it. Then we are going to derive the equation of tangent from this.

We know that the equation of a straight line passes through any point (x0, y0) making a slope m. The equation of slope is given by

Therefore the equation of the tangent (x0, y0) with a curve y=f(x) is given by

Generally the normal is perpendicular to the tangent line. Hence the slope normal to the curve f(x)=y at point (x0, y0) is given by

The above equation may be written as also

Que. Find the equation of tangent if equation of a straight line to a curve is given by y=x^3+2x^2-7x+1

Differentiating the above equation with respect to x to get gradient, dy/dx = 3x^2+4x-7

Ans – A tangent is a straight line that passes at any single point on the circumference of the circle that never enters inside the circle.

Que.2 What is the point of tangency?

Ans – A point on which straight line passes are termed a point of tangency.

Que.3 How many tangents can be drawn from the circle?

Que.4 Is tangent can enter inside the circle?

Ans – No, tangents can never be entered to induce the circle. It passes from a single point. If it enters inside the circle then it will be termed as a chord of the circle.