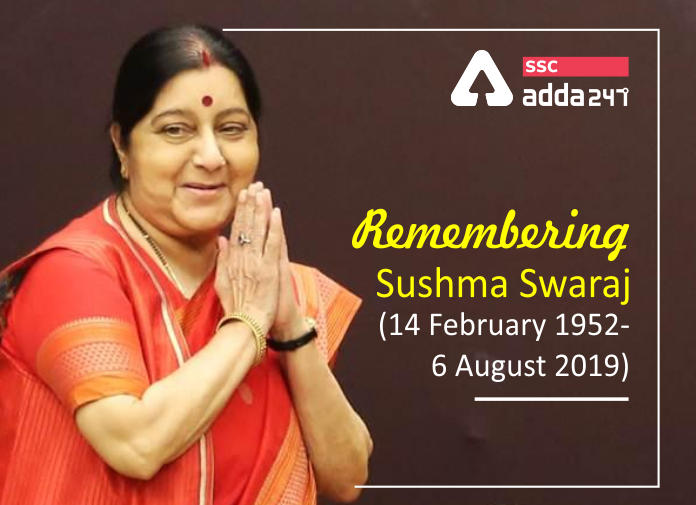 Sushma Swaraj, the veteran leader of the Bharatiya Janata Party (BJP) and former Minister of External Affairs died on August 6, 2019, following a heart attack. She was 67 years old. She breathed her last in New Delhi’s All India Institute of Medical Sciences (AIIMS), where she had been brought in a critical condition after suffering a cardiac arrest. Path-breaking measures such as the passport infrastructure expansion and enhanced engagement with the East were the highlights of her tenure as the external affairs minister. Sushma Swaraj was only the second woman to hold the portfolio after Indira Gandhi, who briefly kept the external affairs ministry under her while being the prime minister.

Sushma Swaraj was born in a middle-class family in the Haryana city of Ambala. Her father was prominent in the Rashtriya Swayamsevak Sangh (RSS), a pro-Hindu organization from which the BJP was an offshoot. Sushma Swaraj attended college in Haryana and completed a law degree at Panjab University in Chandigarh. In 1973, she registered as an advocate in the Supreme Court of India. Even as a student, she was politically active notably as the leader of a pro-Hindu organization. In 1975 she married lawyer and politician Swaraj Kaushal, who served a term (1990–93) as governor of Mizoram state.