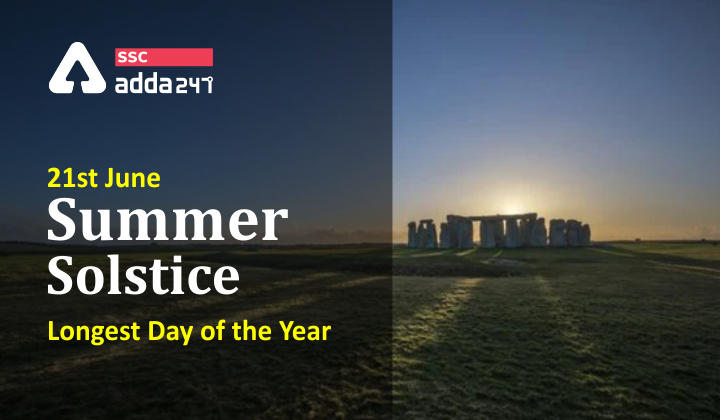 What is the reason behind the Summer Solstice?

Since Earth rotates on its axis, the hemisphere gets more direct sunlight between March and September over the course of each day, which also means people living within the Northern Hemisphere experience summer during this time. The rest of the year, the hemisphere gets more sunlight. During the solstice, the Earth’s axis — around which the earth spins, completing one turn every day — is tilted during a way that the North Pole is tipped towards the sun and the South Pole is away from it.

Typically, this imaginary axis passes throughout the center of the world from top to bottom and is usually tilted at 23.5 degrees with reference to the sun. Therefore, the solstice, as NASA puts it, is that instant in time when the North Pole points more directly toward the sun than at the other time during the year. Solstice means “sun stands still” in Latin. This day is characterized by a greater amount of energy received from the sun. According to NASA, the quantity of incoming energy the world received from the sun today is 30 percent higher at the North Pole than at the Equator.

The maximum amount of sunlight received by the hemisphere during this point is typically on June 20, 21, or 22. In contrast, the Southern Hemisphere receives most sunlight on December 21, 22, or 23 when the northern hemisphere has its longest nights– or the winter solstice.

How many hours of sunlight will we get on Monday?

As the 21st of June will be the longest day in 2021, it does not necessarily mean that it brings the earliest sunrise or latest sunset. It depends on the latitudinal location of the country.

Ans: On 21st June Summer Solistice happens which is referred to as the longest day of the year.

Q. What is the significance of the summer solstice?

Ans: The Summer solstice is almost upon us, reminding us to celebrate the nourishing light of the Sun and the light within each of us.

Q. What is the significance of the summer solstice?

Ans: The summer solstice is the day when the sun travels its longest path through the sky and reaches its highest point.