Article 315 provides for service commissions for both the Union and the States. For the Union it is known as Union Public Service Commission (UPSC) and for the States it is known as State Public Service Commission (SPSC). There is a provision for a joint SPSC for two or more states if the state legislatures of the concerned states pass a resolution to this effect and acting on it Parliament enacts a law in this regard. A Public Service Commission consists of a Chairman and a number of members. The number of members and the conditions of service shall be determined in the case of UPSC or a Joint Commission by the President and in the case of a state PSC by the Governor. The conditions of service of a member of a Commission shall not be varied to his disadvantage during his term of office (Art. 318).

Appointment and term of office : 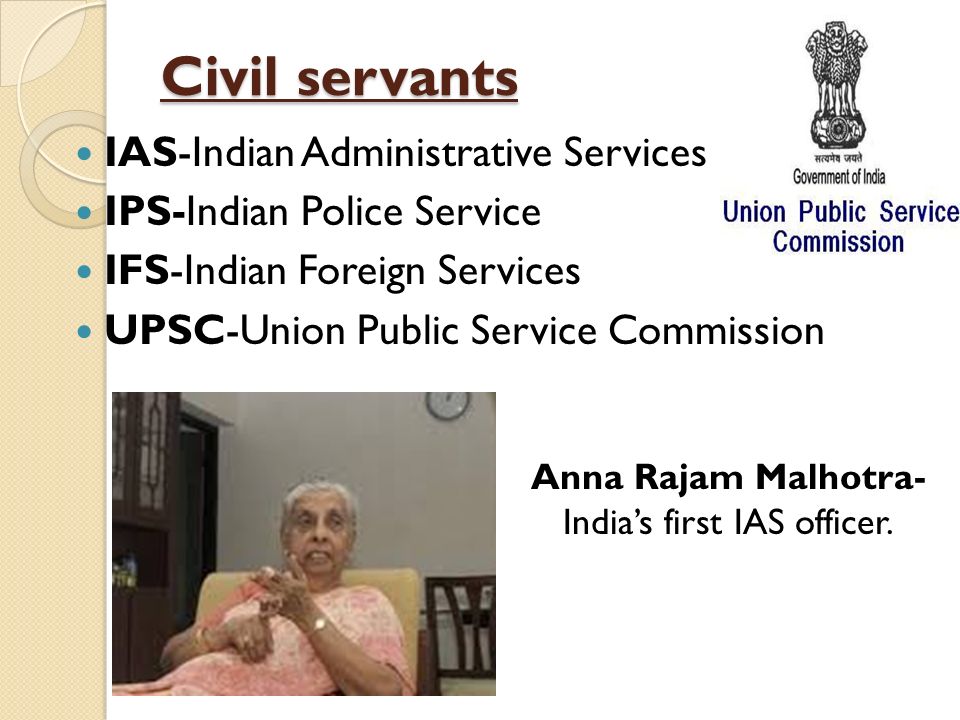 The Chairman and members of the UPSC or a Joint Commission are appointed by the President while those of a State Commission are appointed by the Governor of the State. No qualifications are prescribed for being a member or chairman. The Constitution does not prescribe the number of members of a Commission. But it is laid down in Art. 316 that at least half of the members of every Commission shall be persons who have held office under the Government of India or of a state for 10 years. Under this clause officers belonging to IAS, IPS, IFS, and other Central Services serving the Union and officers of the armed forces who have retired or are on the verge of superannuation’s are appointed members. This is to ensure that persons who have a first hand experience of government service guide the policies to be adopted by the Commission. They are in a better position to understand the needs of the government and the qualities required of a candidate. Generally the senior most member is appointed as Chairman though it is not a legal requirement.
A member of a Commission holds office for a term of 6 years from the date he enters upon his office or until he attains the age of 65 years in the case of UPSC and 62 years in the case of a State Commission or a Joint Commission

These are:
The member is adjudged an insolvent,
The member engages in some other employment while in office,
The member is unfit to continue in office by reason of infirmity of mind or body.
Whether the infirmity incapacitates the member from discharging his duties is for the President to determine. Blindness may not cause such infirmity in all cases.
Functions of the Commission:
Article 320 lays down the function of a Public Service Commission. Article 321 provides that the Parliament or the legislature of a state may add to the list of functions. The functions are of two types:
(a) duties (b) advisory functions.

Duties:
The duties of a Public Service Commission enumerated in Art. 320 are:
To conduct examinations for appointment to the services of the union and the services of the State (in case of a State PSC). It is the duty of the UPSC if requested by two or more States to assist those States in framing and operating schemes of joint recruitment for any Services requiring special qualifications.

A Commission has many advisory functions. It must be consulted ,On all matters relating to method of recruitment to civil services and civil posts.On the principles to be followed in making appointments to civil services and posts, in making promotions and transfers from one service to another and on the suitability of such candidates.On all disciplinary matter affecting a person under the government (Central or State) in a civil capacity. This includes memorandums and petitions relating to such matters.On any claim by or in respect of a person in service under the government (Central or State) that any costs incurred by him in defending any proceeding instituted against him for acts done in the execution of his duty should be paid by the government. On any claims of the award of a pension in respect of injuries sustained by a person while in government service in a civil service in a civil capacity. The UPSC submits its annual report to the President which is laid before Parliament. Similarly, every PSC submits its annual report to the Governor which is laid before the State Legislature.
ALL THE BEST