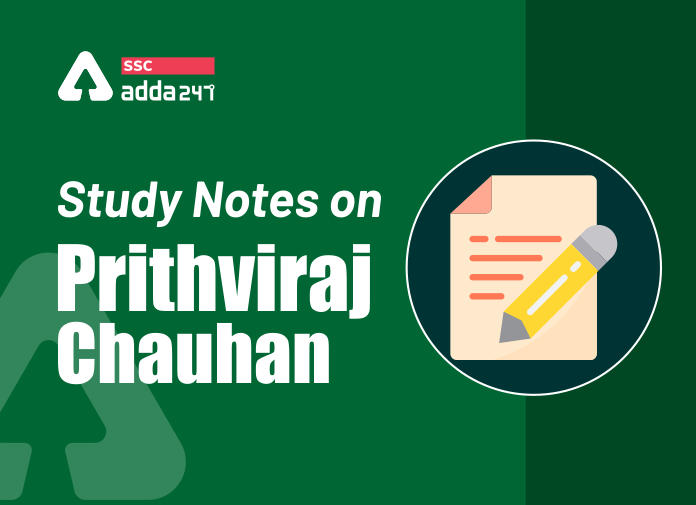 Prithviraj Chauhan was born in 1166 as the son of Someshwar Chauhan, the king of Ajmer. He was the last ruler of the Chauhan dynasty to sit on the throne of Delhi. After the death of his father, Prithviraj Chauhan’s grandfather Angam declared him as the heir to the throne of the kingdom in Delhi. A true Rajput ruler by nature, Prithvi Raj expanded his empire mainly towards northwest India. These regions mainly included the regions of Punjab, Haryana, Rajasthan, and Uttar Pradesh. It is an important topic of Static GK for all the aspirants who are preparing for govt. recruitment exams.

Prithvirāja III who is popularly known as Prithviraj Chauhan was an Indian king from the Chahamana (Chauhan) dynasty. From the very early years Prithvi Raj showed his sharpness and brilliance by learning all military skills. It was believed he mastered the skills of aiming the target on the basis of its sound, known as the “Shabdbhedi” technique. He succeeded to the throne of Ajmer at the age of thirteen, in 1179, after the demise of his father in a battle. Prithviraj’s grandfather Angam, the ruler of Delhi, declared Prithviraj Chauhan as the heir to the throne of Delhi.

As Prithviraj was still a minor when he ascended the throne, his mother, Karpuradevi, was made his regent. Karpuradevi, who was assisted by a regency council, managed the administration of the kingdom during Prithviraj’s early years as the king. Prithviraj’s historical wars and victories over Chandela kings in 1182 A.D. were significant in fetching immense riches to his treasury. But the Chandella king reclaimed his kingdom back soon from Prithvi Raj. History also tells about his lost battle with the Chalukyas in 1187 A.D.

After capturing Prithviraj Chauhan, Muhammad of Ghor reinstated him as a Ghurid vassal. This theory is supported by the fact that coins issued by Prithviraj after the battle of Tarain had his own name on one side and Muhammad’s name on the other. According to several sources, Prithviraj was later killed by Muhammad of Ghor for treason. However, the exact nature of the treason differs from one source to another.

During its peak, the empire of Prithviraj Chauhan extended from the foothills of the Himalayan in the north to the foothills of Mount Abu in the south. The empire extended from Betwa River to Sutlej River. In current times this means his empire included present-day Rajasthan, western Uttar Pradesh, northern Madhya Pradesh, and southern Punjab. After the demise of Prithviraj Chauhan, he was largely portrayed as a powerful Hindu king, who was successful in keeping the Muslim invaders at bay for many years. He is also often portrayed as a symbol of Indian power before the beginning of the Islamic rule in medieval India.

Q. First Battle of Tarain was fought between?

Q. Prithviraj Raso was written by?

Q. Who was defeated at the second battle of Tarain?

Q. When was Prithviraj Chauhan declared as the heir to the throne of Delhi.

Ans. Prithviraj Chauhan was declared as the heir to the throne of Delhi in the year 1179