Article 344 states that at the expiration of 5 years form the commencement of this Constitution and later after 10 years from such commencement the President shall appoint a commission. The Commission will consist of a chairman and members representing different languages specified in the 8th Schedule. 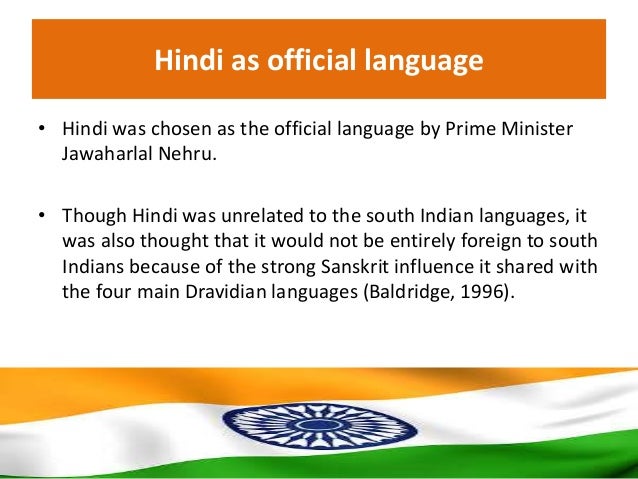 The duties of the commission will be to make recommendations to the president as to:
(a) The progressive use of the Hindi language
(b)Restrictions on the use of English language
(c)The language to be used for the purposes mentioned in Art. 348
(d)The form of numerals
(e)Any other matter that may be referred to the Commission by the President.
The Official Language Commission constituted in 1955 felt that the Central Government should take concrete steps for its employees to learn and become proficient in Hindi. Under opposition from various groups, it was decided to replace English by Hindi progressively and not suddenly. CAT was set up in pursuance of the amendment of Constitution of India by Articles 323A (1976) which empowers the Parliament to set up Tribunals for dealing with disputes and complaints with respect to recruitment and conditions of service of persons appointed to service and posts connected with the Union of India. It is one of the important steps taken in the direction of development of Administrative Law in India. Even before Article 323-A was enacted tribunals existed in various areas and their existence was recognized by the Constitution, but they were not intended to be an exclusive forum, and therefore, they were subject to judicial review by the High Courts under Articles 226 and 227. Distinct from this existing tribunal system, a new experiment has been introduced by Article 323-A which provides for exclusion of the jurisdiction of the High Courts under Articles 226 and 227, notwithstanding any other provisions in the Constitution. The object of this experiment is to lessen the backlog of cases pending before the High Courts and to provide an expert and expeditious forum for disposal of disputes of Government servants relating to service matters.
Administrative Tribunals were established at Delhi, Mumbai, Calcutta and Allahabad. Today, there are 17 Benches of the Tribunal located throughout the country wherever the seat of a High Court is located, with 33 Division Benches. In addition, circuit sittings are held at Nagpur, Goa, Aurangabad, Jammu, Shimla, Indore, Gwalior, Bilaspur, Ranchi, Pondicherry, Gangtok, Port Blair, Shillong, Agartala, Kohima, Imphal, Itanagar, Aizwal and Nainital.
Constitution of CAT 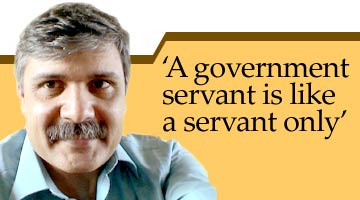 A Chairman who has been a sitting or retire Judge of a High Court heads the Central Administrative Tribunal. Besides the Chairman, the authorized strength consists of 16 Vice Chairmen and 49 Members.Jurisdiction.In addition to Central Government employees, the Government of India has notified  other organizations to bring them within the jurisdiction of the Central Administrative Tribunal.The provisions of the Administrative Tribunals Act, 1985 do not, however, apply to members of paramilitary forces, armed forces of the Union, officers or employees of the Supreme Court, or to persons appointed to the Secretariat Staff of either House of Parliament or the Secretariat staff of State/ Union Territory Legislatures.
Application :

A person aggrieved by any administrative order pertaining to any matter can make an application to CAT for redressal of his grievances. The jurisdiction of the Tribunal extends not only to the actual employment but also to the process of recruitment also. An application is not to be admitted unless the applicant has exhausted all remedies available to him under the service rules. However this rule is not absolute and CAT may entertain an application in extraordinary circumstances. A person is deemed to have availed of all the remedies available to him if a formal order has been made by the Government or other authority or the officer concerned rejecting the appeal or representation of the employee. OR Where no final orders passed by such authority even after 6 months from the date of the appeal or representation.
Procedure of justice :
The Tribunal is not bound to follow the procedures laid down in the Code of Civil Procedure 1908 or Evidence Act, but shall be guided by the principles of natural justice in deciding cases and the procedure. The Central Administrative Tribunal is empowered to prescribe its own rules of practice for discharging its functions subject to the Administrative Tribunals Act, 1985 and Rules made there under. For this purpose, the Central Administrative Tribunal Rules of Practice, 1993 have been made. Parties to the dispute may appear in person or be represented by a lawyer before the Tribunal. The Supreme Court has held in a case that the CAT must confine itself to the limits of judicial review. No interim orders, whether by way of injunction or stay shall be made on an application unless copy of the application along with other documents are furnished to the party against whom such application is made and opportunity is given to such party to be heard in the matter. However ex-parte interim orders can be issued in exceptional cases valid for 14 days. In this case the administration should approach CAT within 14 days to put across their point of view and try for vacation of such interim stay orders.
ALL THE BEST