It states that a body immersed in a fluid is buoyed up by a force equal to the weight of the displaced fluid. It applies to both floating and submerged bodies and to all fluids, i.e., liquids and gases.
It is discovered by ancient Greek mathematician and inventor Archimedes. In determining whether a given body will float in a given fluid:

The difference between the upward and downward forces acting on the bottom and the top of the cube, respectively,is called buoyancy.

TYPES OF BUOYANCY
POSITIVE BUOYANCY
It occurs when an object is lighter than the fluid it displaces.
The object will float because the buoyant force is greater than the object’s weight.
Example -> A swimmer experiences a great amount of buoyant force. Israel’s Dead Sea is famous for attracting floating tourists. Saltwater is more dense than fresh water and provides more buoyant force. Buoyant and net forces are not the same. An object’s volume and density determine its buoyancy.

NEGATIVE BUOYANCY
Negative buoyancy occurs when an object is denser than the fluid it displaces.
The object will sink because its weight is greater than the buoyant force.
Example -> A submarine is designed to operate underwater by storing and releasing water through ballast tanks. If the command is given to descend, the tanks take in water and increase the vessel’s density.

NEUTRAL BUOYANCY
Neutral buoyancy occurs when an object’s weight is equal to the fluid it displaces.
Example -> A scuba diver is trained in techniques to regulate buoyancy underwater. Swimming horizontally and taking deep, long breaths allow the diver to propel forward, not upward. Fish control buoyancy through an internal swim bladder. Similar to a submarine, the bladder is filled with gas as a means of altering buoyancy. 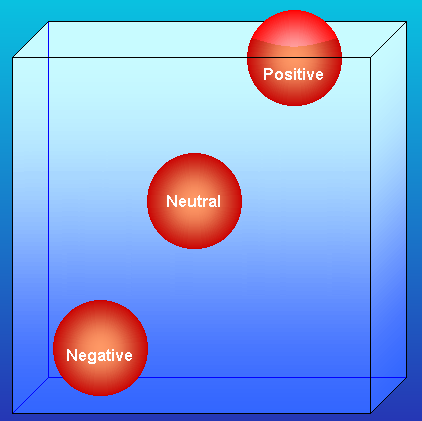 A Floating Balloon
Buoyancy determines the ease of a floating balloon. Hydrogen, helium and hot air are the ideal gases for balloon aviation. Unlike liquids and solids, gas molecules are spread farther apart. This empty space increases volume and decreases density. Astronomers use unmanned hot air balloons to gather clear pictures of the cosmos.