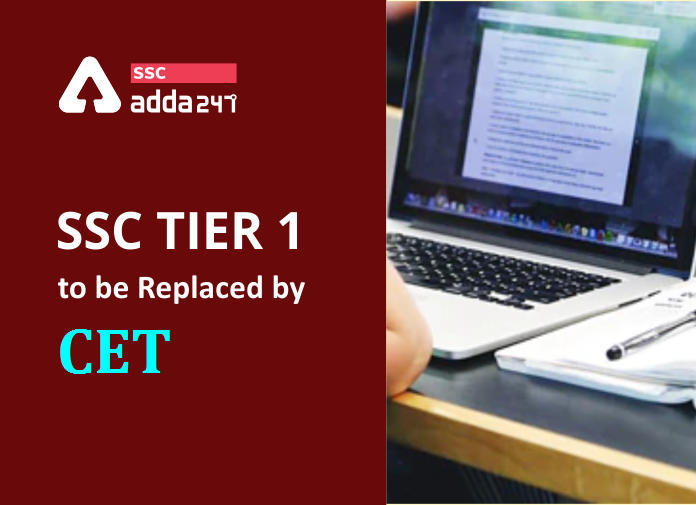 SSC Tier 1 Exams To Be Replaced By NRA CET

According to the latest announcement by the government giving its approval for the creation of a National recruitment Agency, it has been decided that Common Eligibility Test or CET will be conducted. CET will replace all the preliminary level of exams conducted for Group B and C non-gazetted posts. NRA CET has been approved with the aim of saving time and costs of the agencies and students. It is all set to replace Tier 1 examinations of major government organizations including SSC.

Staff Selection Commission, one of the most reputed organizations, conducts several examinations for the recruitment of aspirants to various posts. The exams conducted by SSC for Group B and C posts include SSC CGL, SSC CHSL, SSC Stenographer, SSC CPO, SSC Selection Post, SSC MTS, SSC GD Constable etc. NRA CET will replace the Tier 1 or preliminary exam of all these SSC exams.

Which SSC Tier 1 Exams will be replaced?

Here is the list of SSC Tier 1 exams whose preliminary or Tier 1 exam can be replaced by NRA CET next year. The exams under SSC vary according to their educational qualifications as given below:

3 Levels of CET exam to be conducted by NRA

CET by NRA to be conducted twice in a year

For aspirants worrying about the chance to be given once a year, the government has notified that candidates can appear for CET twice a year. Hence, as CET will be conducted 2 times in a year, it will provide immense opportunity for candidates.

Candidates willing to apply for SSC posts will have to appear for the Tier 2 or mains examination. The CET score will be valid for a period of 3 years. In those 3 years, students can appear for Tier 2 exams of the desired SSC Post and get appointed in top-level organizations.

Choice of exam centres to be given