SSC CGL 2017 Pre exam in scheduled in the month of June/July 2017. At SA, We are providing to you the NOTES ON GENERAL SCIENCE, these notes will help you build your basic understanding of all topics and you’ll be able to score maximum marks in SSC CGL Pre exam. Study, Revise and Learn all these notes by heart.
THE DIGESTIVE SYSTEM

Stages in the Digestive Process
1. MOVEMENT : propels food through the digestive system
2. SECRETION : release of digestive juices in response to a specific stimulus
3. DIGESTION : breakdown of food into molecular components small enough to cross the plasma membrane
4. ABSORPTION : passage of the molecules into the body’s interior and their passage throughout the body
5. ELIMINATION : removal of undigested food and wastes

The human digestive system, is a coiled, muscular tube (6-9 meters long when fully extended) stretching from the mouth to the anus. 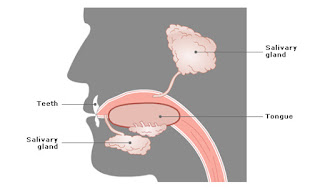 Chemical breakdown of starch by production of salivary amylase from the salivary glands into glucose. This mixture of food and saliva is then pushed into the pharynx and esophagus.
The STOMACH 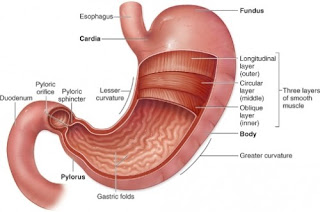 Pepsinogen is an enzyme that starts protein digestion and controls the hydrolysis of proteins into peptides.
Chyme, the mix of acid and food in the stomach, leaves the stomach and enters the small intestine.
Alcohol and aspirin are absorbed through the stomach lining into the blood.

Epithelial cells secrete mucus that forms a protective barrier between the cells and the stomach acids.

Peptic ulcers result when these protective mechanisms fail.
Bleeding ulcers result when tissue damage is so severe that bleeding occurs into the stomach.
Perforated ulcers are life-threatening situations where a hole has formed in the stomach wall.
At least 90% of all peptic ulcers are caused by Helicobacter pylori.
Other factors, including stress and aspirin, can also produce ulcers.
Send your SSC CHSL Tier-I response sheet at Contact@bankersadda.com