(V) Rescheduling of examination: The Tier-III examination of CGLE, 2017, which was earlier scheduled to be held on 31.03.2018, has been postponed and will now be held in the month of May, 2018. The exact date of the examination would be announced shortly.

(VI) CBI Enquiry: the Government has acceded to the request of the Commission, (made on 4.3.2018), to conduct a CBI enquiry into
(i) the allegations made by the protesting candidates regarding CGL (Tier-II), 2017 conducted from 17.2.2018 to 22.2.2018
(ii) the role played by the external agencies in actively instigating and nurturing this agitation related to CGLE, 2017.

(VII) Other information: Offers of appointments to the candidates of CHSL Examination, 2015 by two major appointing authorities.
(a) Postal Department –
No. of Dossiers of successful candidates sent to the dept. : 5139
Appointment issued to no. of candidates: 3161
Remaining: 1978 [issued within the month of March, 2018 itself.]

(b) Indian Audit and Accounts Department –
No. of Dossiers of successful candidates sent to the dept. : 999
Appointment issued to no. of candidates: 357
Remaining: 642 [issued within the month of March, 2018 itself.] 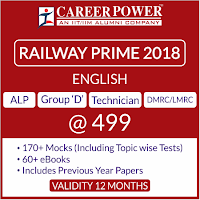