Staff Selection Commission is conducting the CGL exam for recruitment of Grade “B” and “C” category posts in various Government Ministries, Departments, and Offices.  SSC CGL conducts various exams like SSC Stenographer, SSC Selection Post, SSC CGL, SSC GD, SSC CHSL, SSC CPO, and SSC MTS. SSC CGL is considered to be one of the biggest examinations to be conducted for graduate students in India. Every year thousands of vacancies are filled by SSC in Government departments. Lakhs of candidates apply for the various posts released by SSC. SSC CGL 2021 will be a great opportunity for students looking forward to a position in the reputed organizations under the central government. SSC conducts SSC CGL every year to recruit staff for various posts in the various Ministries and Departments of the Government of India and in its Subordinate Offices.

Since the SSC CGL exam will be conducted from 29th May 2021 to 7th June 2021, we are going to make sure that there will be no scope of any mistake happens. The exam will be conducted in 4 stages. The first two stages are online and the other two are offline. Candidates must qualify for each stage to get selected. The exam dates for TIER II and TIER III will be soon released by SSC.

Adda247 has launched an SSC Exam Online Test Series Prime for SSC CGL, SSC CPO, SSC CHSL & Others 2021. The validity for the mock test will be 12 months from the purchase. There will be a total of 986 Mock tests which includes 800+ total tests, 535+ full-length mocks, and 280+ topic wise and section wise test. The below table will show you the details regarding the test. 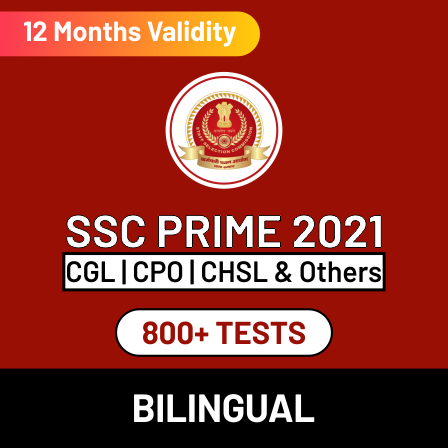