SSC MTS 2019 Exam is to be commenced from 2nd August to 6th September. We hope that your preparations must have reached its final stage. We are providing SSC MTS Maha Mocks to help you boost your preparations and analyze where you stand. The first Maha Mock for SSC MTS was conducted on 27th July 2019 for which many candidates appeared and gave a tough competition to their counterpart. To boost the confidence of aspirants, we are providing the list of top 10 rankers who appeared for the SSC MTS Maha Mock One. We congratulate the candidates who topped this free mock and hope they will perform extraordinarily in the upcoming MTS examination.

We thank all those who attempted this MAHA MOCK enthusiastically. Now the time has come for its Result. Check 10 toppers here:

The cut off for SSC MTS Maha Mock one is 68 Marks.

Candidates who scored less than the cut off marks need to work hard for the exam. ADDA247 and Team send greetings to the participators and congratulate the best performers of All India Free SSC MTS 2019 First MAHA MOCK. Those who couldn’t perform as per their expectation are advised to learn from their mistakes and remain positive. 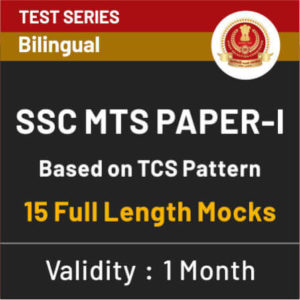