Q1. Select the word with the correct spelling.
(a) lassoing
(b) psychik
(c) thacher
(d) squezer

Ans. (a)
Sol. Lassoing means catch (an animal) with a lasso.

Q2. In the following question, the sentence given with blank to be filled in with an appropriate word. Select the correct alternative out of the four and indicate it by selecting the appropriate option.
The mad have the world of ………….. own.
(a) it
(b) his
(c) their
(d) he

Ans. (c)
Sol. Ancient means belonging to the very distant past and no longer in existence and archaic means very old or old-fashioned.

Ans. (d)
Sol. Analogue means a person or thing seen as comparable to another. Hence difference is the correct choice.

Q5. In the following question, out of the four alternatives, select the alternative which best expresses the meaning of the idiom/phrase.

Ans. (c)
Sol. A hot potato means a sensitive situation or controversial issue that is difficult to handle and thus gets passed from one person to the next.

Ans. (b)
Sol. Use ‘furniture’ in place ‘furnitures’ because furniture is an uncountable noun.

Q7. In the following question, out of the four alternatives, select the alternative which is the best substitute of the phrase.
A spot or a stain caused by a discolouring substance
(a) Hue
(b) Blot
(c) Tint
(d) Dye

Ans. (b)
Sol. Blot means a dark mark or stain made by ink, paint, dirt, etc.
Hue means a colour or shade.
Tint means a shade or variety of a colour.
Dye means a natural or synthetic substance used to add a colour to or change the colour of something.

Q8. In the following question, a sentence has been given in Direct/Indirect speech. Out of the four alternatives suggested, select the one which best express the same sentence in Indirect/Direct speech.

Ans. (c)
Sol. Amusement means the state or experience of finding something funny and melancholy means a feeling of pensive sadness, typically with no obvious cause.

Q10. Rearrange the parts of the sentence in correct order.
This alone
P. should alert us to what
Q. is actually about
R. the demand for a Uniform Civil Code 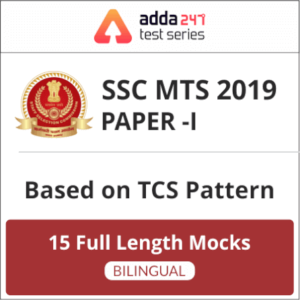 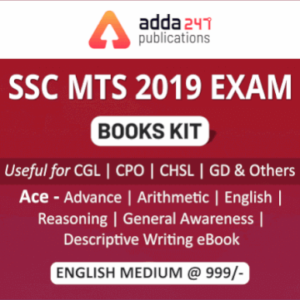