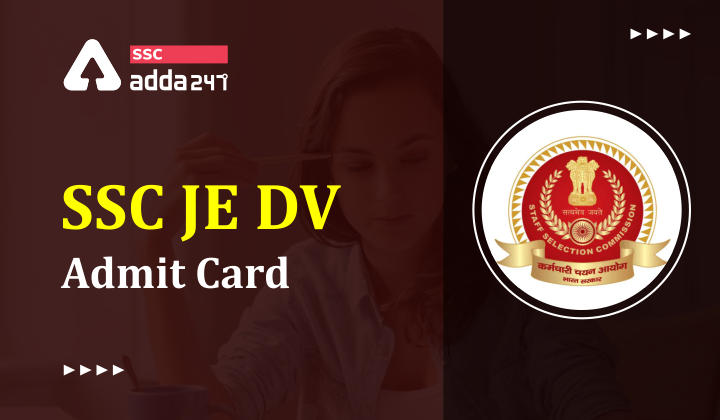 SSC JE DV Admit Card: Staff Selection Commission has released the SSC JE Admit Card for Document Verification for the candidates which are being scheduled from 20th December and 24th December 2021. The notice has been released which contains the roll no as well as the name of candidates with the date and shift timings. The commission will soon release the DV schedule for other regions as well. Candidates must stay updated to this page for regular updates regarding the SSC JE DV Admit Card.

Staff Selection Commission has released the SSC JE Document Verification Schedule on the official website. The schedule has been released in PDF form. Candidates have to go for the DV at Staff Selection Commission (KKR),
Third Floor, ‘D’ & ‘F’– Wing, Kendriya Sadan, Koramangala, Bangalore – 560 034.To check the roll number and shift details candidates must download the DV Schedule from the below Link.