In this exam, 100 questions will be asked from General Engineering (GE) section. We are providing quizzes on the alternate basis- Electronics & Telecommunication Engineering / Physics / Computer Science and Information Technology (CS IT). It will help you to score well in GE section.The Examination will be held from 20th to 25th November 2017 in a computer-based pattern.

Q3. A list of protocols used by a system, one protocol per layer, is called?
(a) protocol architecture
(b) protocol stack
(c) protocol suit
(d) protocol application

Q4. In which of the following scenarios does Network congestion occur?
(a) in case of a node termination
(b) when a system terminates
(c) when connection between two nodes terminates
(d) in case of traffic overloading

Q5. Which among the following refers to the physical or logical arrangement of network?
(a) Topology
(b) Routing
(c) Networking
(d) Subnetting

Q7. Encryption and Decryption are the functions of __________ layer?
(a) transport
(b) session
(c) application
(d) presentation

Q9. Which of the following describe router functions?
(a) Packet switching
(b) Packet filtering
(c) Internetwork communication
(d) All of the above

S1. Ans.(a)
Sol. Broadcast networks: It has a single communication channel that is shared by all the machines on the network. Short messages, called packets in certain contexts, sent by any machine are received by all the others.

S2. Ans.(a)
Sol. A personal area network (PAN) is a computer network used for data transmission amongst devices such as computers, telephones, tablets and personal digital assistants. Bluetooth is an example of the same.

S3. Ans.(b)
Sol. A protocol stack refers to a group of protocols that are running concurrently that are employed for the implementation of network protocol suite.

S4. Ans.(d)
Sol. Network congestion occurs when a network node is carrying more data than it can handle. That is typically due to traffic overloading.

S5. Ans.(a)
Sol. Network topology is the arrangement of the various elements (links, nodes, etc.) of a computer network. Essentially, it is the topological structure of a network and may be depicted physically or logically.

S6. Ans.(d)
Sol. The point-to-point and Multipoint are two types of line configuration. Both describe a method to connect two or more communication devices in a link. Multipoint connection is used in BUS Topology. All the devices are connected to a single transmission medium, which acts as the Backbone of the connection.

S7. Ans. (d)
Sol. Encryption and Decryption are the functions of the presentation layer.

S9. Ans. (d)
Sol.  All of the given options are router functions.

S10. Ans. (c)
Sol. MAN is abbreviation for Metropolitan Area Network and is a computer network that usually spans a city or a large campus. 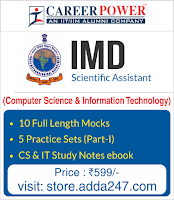