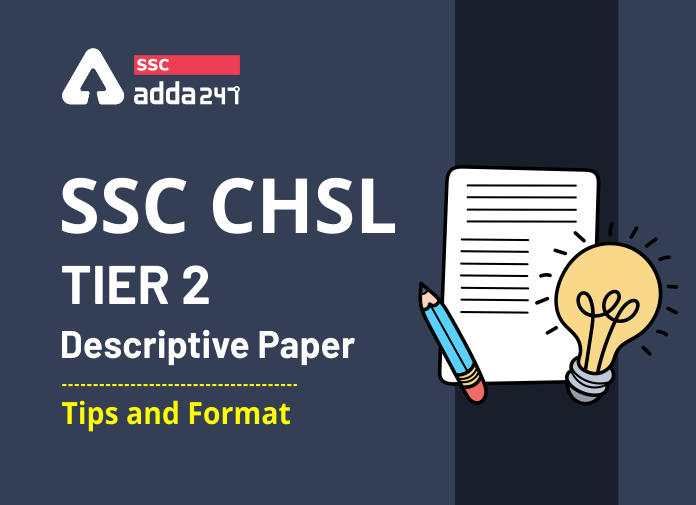 SSC(Staff Selection Commission) has released the Admit Card and Application Status of SSC CHSL (Combined Higher Secondary Level (10+2)) Tier-II Descriptive Exam. The admit card for Western Region, North Eastern Region, Central Region, North Western Region & Madhya Pradesh Region will be out soon on the websites of the region. SSC CHSL Tier-II Exam will be held on 18th September 2022. Candidates will be required to appear for the descriptive paper with 100 marks. To help the aspirants in writing the paper & score well, we are providing the tips for SSC CHSL descriptive paper along with the correct format. Check out the post below for all details regarding the SSC CHSL Tier 2 paper.

SSC CHSL Tier-II is an offline Pen Paper-based exam carrying a weightage of 100 marks with a 1-hour duration. The choice will be there between English Language and Hindi Language. Candidates can write the paper in either English or Hindi language at their convenience.

Having said of Descriptive Exam, let’s discuss the key points regarding this exam:

1. Avoid Exceeding Word Limit: With essay writing, candidates find themselves in a dilemma regarding how to start an essay to give it an informational and impressive touch. There is a set format that is required to score well in essay writing.

Have a look at a snippet of the essay given below: 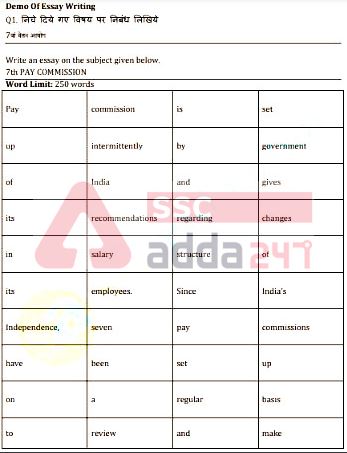 Have a look at a snippet of a letter-writing given below: 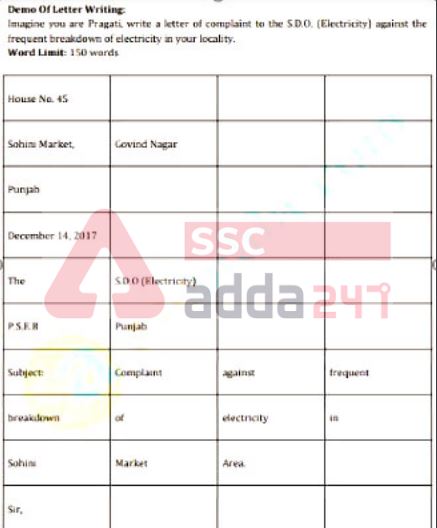 The paper will have to be written either in Hindi or in the English language. SSC CHSL Tier 2 is a qualifying exam. Candidates need to secure a minimum of 33% marks in order to clear the Tier II of the SSC CHSL Exam.

At SSCADDA, we will provide daily essays and letters on important topics, you must go through them as all the prominent notes on illustrious government schemes, events, and promising words are contained in them. 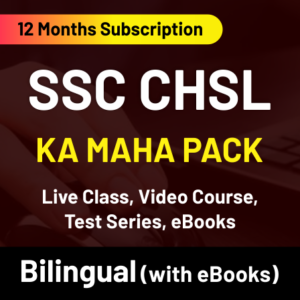