Skip to content
Latest SSC jobs   »   Essay Writing for SSC Descriptive exam:...
SSC CHSL Tier-II Descriptive Paper: Essay Writing
Hello Students,
To come across the government exams successfully, we have to be prepared for all the Tiers conducted by the Staff Selection Commission. In a nutshell, just start preparing for the descriptive exams that contain Essays, and Letters. Considering the importance of the descriptive exam, we are providing Essay on an important topic to the aspirants to let them know about the proper usage of words and writing on an important topic. Those who are in need of proper guidance and don’t want to miss the opportunity to get the job should start practising for the descriptive paper.

India has been traditionally vulnerable to natural disasters on account of its unique geo-climatic conditions. Floods, droughts, cyclones, earthquakes and landslides have been recurrent phenomena. About 60% of the landmass is prone to earthquakes of various intensities. At the global level, there has been considerable concern over natural disasters. Over the past couple of years, the Government of India has brought about a paradigm shift in approach to disaster management. In India, the role of emergency management falls to National Disaster Management of India, a government agency subordinate to the Ministry of Home Affairs.

Disaster management means a systematic response to a disaster. Earlier the approach to disaster was limited to providing relief to the disaster-affected area. For the first time, the Tenth Five Year Plan devoted a chapter to disaster management. The Disaster Management Act, 2005 came into the statute book on 26 December, 2005 exactly on the first anniversary of the devastating tsunami of 2004, which killed nearly 13,000 people in India alone and affected 18 million people and defines disaster management as “a continuous and integrated process of planning, organizing, coordinating and implementing measures expedient for prevention of danger or threat of any disaster; mitigation or reduction of risk of any disaster or preparedness to deal with any disaster; prompt response to any threatening disaster situation or disaster, rescue and relief.

Challenges in Disaster Management include Climate change, Geographical locations, Speed of delivery, Movement of people from disastrous zones, Lack of depth in knowledge. Some precautions to escape horrifying effects of a disaster are creating an emergency list of contacts, an inventory of household items and family assets. Develop a plan and set priorities. Make an evacuation map of your house. Include each room and possible escape routes from each room. Hold regular drills at home. Make sure everyone knows where to go and what to do in an emergency. Make an emergency kit. Include blankets, food and snacks high in protein, water, a flashlight and batteries as goals of Disaster Management including reduction or avoidance of losses from hazards, prompt assistance to victims and effective recovers must be achieved to save lives and losses.

The School Safety Programme under the GOI-UNDP Disaster Risk Management Programme essentially targets in promoting a culture of safety in school. The goal of the programme is to promote a culture of disaster preparedness in the school community, place school safety in the education agenda —awareness raising, education, training and capacity building of the Government Officials, Educational Administrators. And other such Awareness Programmes must be adopted at an extensive level to spread the knowledge of precautions taken before, during and after surviving a disaster.

Some other Important Points Regarding Disaster Management Information are as follows: 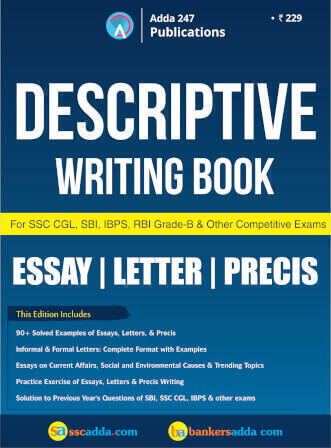