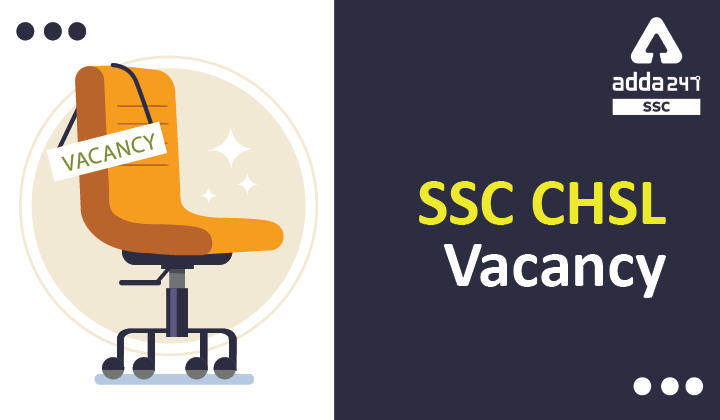 SSC CHSL Vacancy 2022:  SSC has released a notice with detailed information about the SSC CHSL 2021 Vacancy. The total number of vacancies notified by SSC for SSC CHSL 2021 is 6072 for various posts and various categories out of which  2552 vacancies are for LDC/JSA Posts, and 3378 for PA/SA posts and 142 are for DEO Posts. The detailed vacancy distribution is mentioned below.  On 1st February 2022, Staff Selection Commission released SSC CHSL 2022 notification to recruit eligible aspirants for different posts based on the cutoff decided by the board after conducting the tier 1 examination and skill test.

The Staff Selection Commission conducts the SSC CHSL Exam every year for the posts of Lower Division Clerk, Junior Secretariat Assistant, Data entry operators, postal assistants, and sorting assistants in various central government departments. The vacancy details of different posts for the SSC CHSL 2022 recruitment are released by the commission on 4th August 2022. In this article, aspirants can check the number of vacancies released for SSC CHSL recruitment over the years by the government. Last year SSC has released 4726 vacancies for SSC CHSL Examination 2020 including 158 vacancies for LDC/JSA/JPA, 3181 for PA/SA, and 7 for DEO posts.

Candidates can check important information about SSC CHSL Notification 2022 in the below-given table.

The total number of SSC CHSL Vacancies released is 6072 for various posts. The vacancies will be filled in 54 departments including Cabinet Secretariat, Central Administrative Tribunal, Directorate General Border Road (HQ),  Ministry of Textiles, Registrar General of India, etc. The post-wise and department-wise vacancy distribution are as follows:

Check out the SSC CHSL Vacancy released over the years. The final vacancies for SSC CHSL 2019 were released by the Commission on 28th March 2021.

A total of 1538 vacancies for the Lower Division Clerk, Junior Secretariat Assistant (JSA)/JPA is declared. Postal Assistant (PA)/ Sorting Assistant (SA) includes 3181 vacancies while 7 Data Entry Operators will be finally appointed as per the official notice.

A total of 1270 vacancies for the Lower Division Clerk, Junior Secretariat Assistant (JSA)/JPA was declared for SSC CHSL 2019 Recruitment, and for Postal Assistant (PA)/ Sorting Assistant (SA) it is 3414 vacancies.

SSC CHSL 2017 Final result was declared by the commission in December 2019. The final vacancies for the appointment of the selected candidates have been uploaded on the official website. Check out the distribution of vacancies for all posts.

Q. What are the final vacancies announced by SSC for SSC CHSL 2019?

Q. How many vacancies were announced by SSC for SSC CHSL 2018?

Q. How many vacancies were announced by SSC for SSC CHSL 2021? 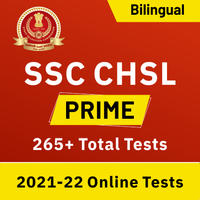