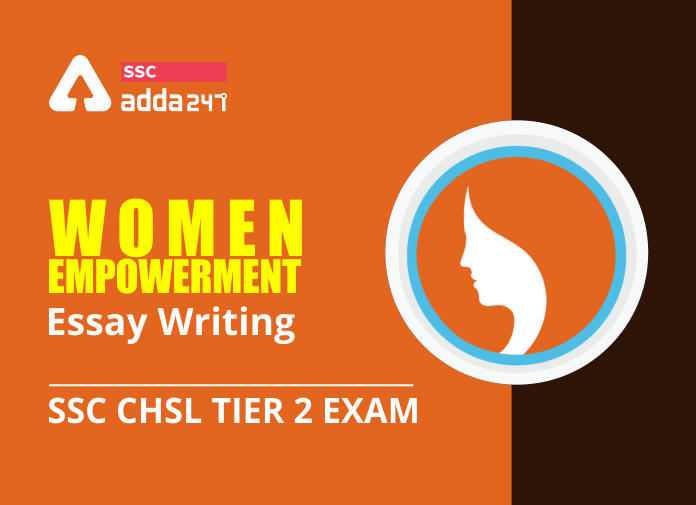 The Staff Selection Commission or SSC is one of the leading Govt. Organizations that are responsible for employing the candidates for the service of the nation. Each year over lakhs and lakhs of applications are filed online for the exams conducted by it. SSC CHSL Tier-II is an offline Pen Paper-based exam carrying a weightage of 100 marks with a 1-hour duration. The choice will be there between English Language and Hindi Language. Candidates can write the paper in either English or Hindi language as per their convenience.

The key points to be covered in Women Empowerment Essay Writing:

Let us begin with the essay.

“Feminism isn’t about making women strong. Women are already strong. It’s about changing the way the world perceives that strength.”

Empowerment means giving some freedom, rights, power, or authority to someone. Here we have two words, Women Empowerment which meaning power in hands of women. This means that women should be treated equally in any field and should be given equal opportunities irrespective of any discrimination. Our society comprises men and women. In earlier times, men were considered to be the leading members of a family. They were responsible for earning the livelihood and were the decision-makers of the family. On the other hand, women were responsible for doing household work and upbringing of the children. So, the roles were mainly based on gender. There was no involvement of women in decision making.

What is Women Empowerment means?

Women Empowerment is that the process that makes power in women to measure a cheerful and respectable life during a society. Women are empowered once they are ready to access opportunities during a sort of fields like in education, profession, lifestyle, etc., with no limitations and restrictions. It includes raising their status through education, awareness, literacy, and training. It also includes the authority to make decisions. When a woman makes a crucial decision, she feels empowered.
Women’s empowerment is that the most vital point for the general development of a rustic. Suppose, during a family, there’s one earning person, while in another family, both men and ladies are earning, then who will have a far better lifestyle. The answer is straightforward, the family where both men and ladies are earning money. Thus, the country where men and women work together develops at a faster rate.

What is the need for Women’s Empowerment?

In our country out of the entire population, 50% of the population should contain women. However, due to female foeticide practices, girl child numbers are decreasing sharply in India. It has also impacted the sex ratio in India. The literacy rate in girls is very low. Most of the girls are not even provided with primary education. Moreover, they are married early and made to raise children and shoulder only household work. They are not allowed to go out and are dominated by their husbands. Women are taken for granted by men as they are considered their property. Even at the workplace, women are discriminated against. They are paid less for the same work as compared to their male counterparts. History says that women were ill-treated. The Sati Pratha in the ancient time to the girl child abortion in the present scenario, women continue facing such violence. Not only this, heinous crimes against women such as rape, acid attack, dowry system, honor killing, domestic violence, etc., are still happening in India.

Advantages or Benefits of Women Empowerment?

International Women’s Day is celebrated on 8th March every year all over the world. There are several ways to enable rights to women in India. The people and government got to come collectively to form it happen. Schooling for girls must be delivered mandatory so that women can grow literate to build a life for themselves. Women must be provided equal opportunities in every area, regardless of gender. Besides, they need to even be awarded equal compensation for his or her work.
We can also empower women by eliminating child marriages in India, which is commonly conducted in village areas. Many programs must be conducted where they can be given the ability to defend themselves in case they face financial crises. Most necessarily, the humiliation of divorce and abuse must be thrown out of society. Many women tolerate abusive relationships under the pressure of society. Parents must educate their daughters it’s wrong to tolerate anyone’s abuse, albeit they’re abused by their circle of relatives. They should take action whenever it is necessary.

How can we empower women?

We can empower women by educating each and every girl’s child. We can empower women by giving them their rights, by teaching them to raise their voice against any abuse. There are lots of things we can do for empowering women. The important thing is to treat them equally with all the equal rights personally as well as professionally. We should stop the child marriage customs here.

Women can be empowered in various ways. It can be done through government schemes as well as on an individual basis. At the individual level, we should start respecting women and start giving them opportunities equal to men. We should promote and encourage them for jobs, higher education, business activities, etc. Respect them. Respect their emotions. 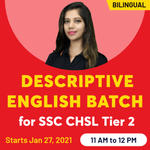