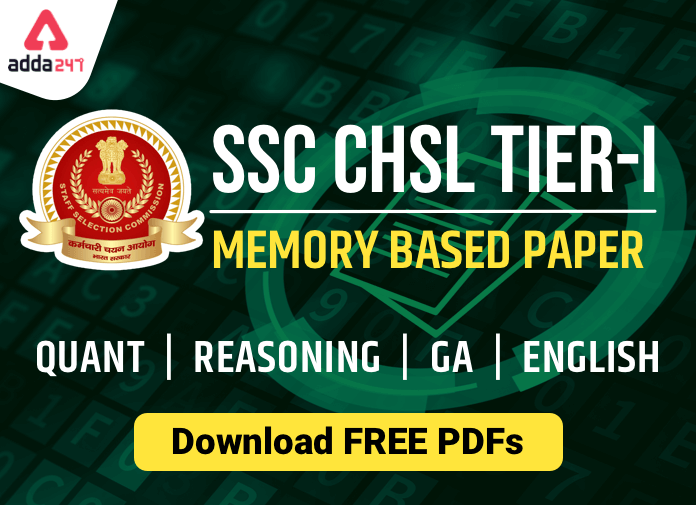 SSC CHSL 2019 Tier 1 has already commenced for the recruitment to Group C and D posts such as DEO, LDC etc in various government organizations. Aspirants have worked hard for this exam and have been waiting for this opportunity for over a year. SSC CHSL offers a great career opportunity with job growth that is very lucrative. The jobs under CHSL are worth working for. As the exam for some shifts is over, candidates are expecting for a memory-based to get an insight into the questions asked and the level of exam.

We are already providing you with the detailed exam analysis and the exact questions of GA/GS asked in the exam. For all the aspirants who are yet to appear in the upcoming days, we are providing you with the memory-based paper of SSC CHSL 2019-20. The memory-based paper will help you in analyzing your preparation and performance in the exam as you will also be ranked on an All India Level.