SSC CHSL Tier 1 exam will be conducted from 12th to 27th April 2021, for the recruitment to the posts of Lower Divisional Clerk/ Junior Secretariat Assistant, Postal Assistant/ Sorting Assistant and Data Entry Operators in various ministries of the government. Candidates can apply online for the SSC CHSL 2020-21 recruitment till 15th December 2020. The SSC CHSL Tier 1 consists of 100 questions with 4 subjects namely  General Intelligence, General Awareness, Quantitative Aptitude, and English Language to be attempted in one hour. Consistent practice with reliable study content, smart study routine, and a one-track mind are all you need to crack the SSC CHSL examination with a score that can get you a place in the final merit list.

To be able to crack the SSC CHSL Examination is a dream of many aspirants. With the motive to make sure candidates don’t lag behind in practicing the best test series along with the previous years’ papers, Adda247 has come up with the SSC CHSL Prime Test Series that contains 265+ total tests including the Full Length mocks, Previous years mocks of 2016, 2017, 2018 & 2019 subject-wise practice sets and weekly current affairs as well.

What is included in the CHSL Prime Test Series? 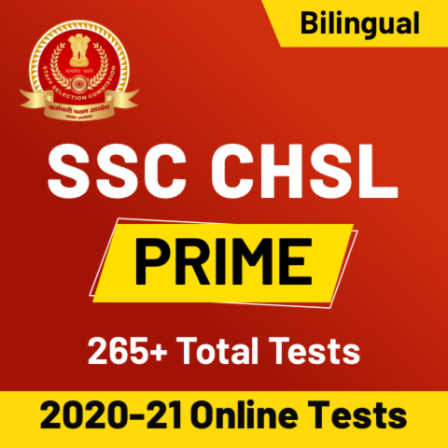 Why SSC CHSL Prime Test series is a must-have Package for CHSL Preparation?

For more information click on the links given below : 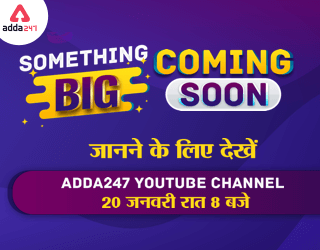