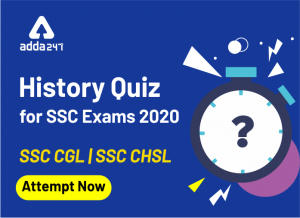 Q2. Kuchipudi Dance is a classical dance from which state?
(a) Odisha
(b) Assam
(c) Andhra Pradesh
(d) Tamil Nadu

Q3.The Vedic deity Indra was the Goddess of
(a) Fire
(b) Rain and thunder
(c) Eternity
(d) Wind

Q4. The trident-shaped symbol of Buddhism does not represent
(a) Nirvana
(b) Sangha
(c) Buddha
(d) Dhamma

Q5. Tripitakas are sacred books of
(a) Buddhists
(b) Hindus
(c) Jains
(d) None of the above

Q6 Who was the founder of Kanva dynasty?
(a) Vasumitra
(b) Bhumimitra
(c) Vasudeva
(d) Devabhuti

Q7. Gathasaptasati was written by
(a) Hala
(b) Bharatmuni
(c) Bhas
(d) Satakarni I

Q8. After 1893, when complete ban was imposed on all commercial activities of the Company. India was left open to exploitation by
(a) British officers in India
(b) Planters
(c) British mercantile industrial capitalist class
(d) Zamindars and big landlords.

Q9. After the ruin of India’s trade, industries and handicrafts, the burden of taxation in India had to be mainly borne by
(a) Zamindars
(b) Peasantry
(c) Income-tax payers
(d) All the above

Q10. The single biggest item of British capital investment in India was
(a) Railways
(b) Plantations and mines
(c) Banking and insurance
(d) Shipping

S1.Ans(a)
Sol. The Reserve Bank of India (RBI) has recently announced that it will shortly issue Rs 20 denomination banknotes in the Mahatma Gandhi (New) Series. The new denomination has motif of Ellora Caves on the reverse that depicts the country’s cultural heritage.

S2.Ans(c)
Sol. Kuchipudi is one of the eleven major Indian classical dances. It originated in a village named Kuchipudi in the Indian state of Andhra Pradesh.

S3.Ans(b)
Sol. In the Vedas, Indra is the king of Svarga (Heaven) and the Devas. He is the god of the heavens, lightning, thunder, storms, rains and river flows. Indra is the most referred to deity in the Rigveda.

S4.Ans.(a)
Sol. In the Buddhist context, nirvana refers to realization of non-self and emptiness, marking the end of rebirth by stilling the fires that keep the process of rebirth going.

S5.Ans. (a)
Sol. Tipiṭaka, is the traditional term for the Buddhist scriptures. Tripiṭaka, means Three Baskets.

S6.Ans.(c)
Sol. The Kanva dynasty or Kanvayana was a Brahmin dynasty that replaced the Shunga dynasty in Magadha, and ruled in the Eastern part of India and it is founded by Vasudeva.

S7.Ans.(a)
Sol. The Gathasaptasati is an ancient collection of Indian poems in Prakrit language of Maharashtra. It conatin poems which are about love and love’s joy. The collection is attributed to the king Hāla who lived in the 1st century.

S8.Ans.(c)
Sol. British mercantile industrial capitalist class exploited indian market by the policy of Drain of wealth.
They used indian market for their products and use indian raw material for their industries.

S9.Ans.(b)
Sol. British mercantile industrial capitalist class exploited indian market by the policy of Drain of wealth.
They used indian market for their products and use indian raw material for their industries.It increase the burden of taxation on peasents.

S10.Ans.(a)
Sol. British investors built a modern railway system in the late 19th century it became the then fourth largest in the world and was renowned for quality of construction and service. In 1853, the first passenger train service was inaugurated between Bombay and Thane.