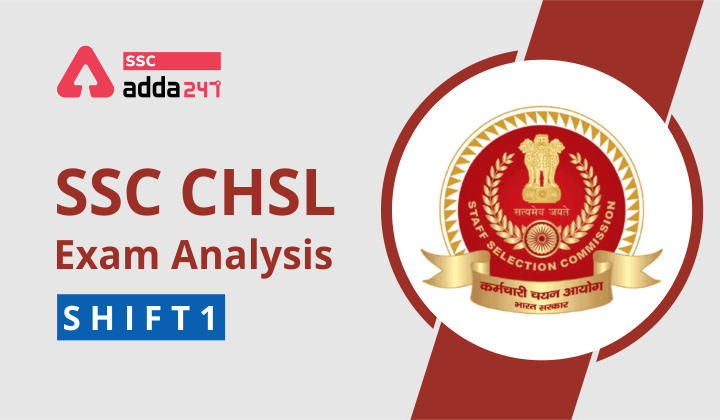 SSC CHSL Exam Analysis 2021: The Staff Selection Commission is going to conduct the SSC CHSL Exam for recruiting a huge number of vacancies. SSC CHSL exam to be held from 12th April 2021 to 27th April 2021. In this article, we are providing you a detailed analysis of the SSC CHSL on 19th April for the 1st shift.

We are sharing the exact shift timings of the 3 shifts being conducted by SSC CHSL from 12th April 2021 to 27th April 2021. To avoid confusion among the appearing candidates these are the SSC CHSL Shift Timings:

Today the Exam Analysis first shift of SSC CHSL was conducted on 19th April 2021. The questions from the General Awareness section were quite difficult as per the student’s reviews. The overall attempts with section-wise difficulty levels have been tabulated below.

This is the scoring as well as the calculative part of the examination. Sometimes it is more time-consuming because of the calculation part. Let us go through the detailed analysis of SSC CHSL Shift Exam Analysis for Quantitative Aptitude.

Q. What was the level of an overall examination of SSC CHSL TIER I first shift?

Ans: The level of the SSC CHSL Tier-I Exam which was held in the first shift [19th April] was easy-moderate.

Q. What are the good attempts of the SSC CHSL TIER I third Shift examination?