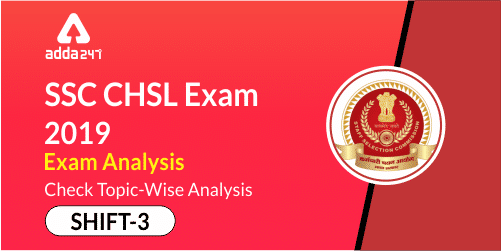 SSC CHSL Tier 1 has commenced from 1st July 2019. Lakhs of candidates aspiring to work for various group C and Group D posts such as DEO, PA, LDC are sitting for this exam all over India. The exam will be conducted in 3 shifts over a period of 10-15 days. Needless to say, Adda247 will be providing you a detailed analysis of all shifts with exact questions asked in the exam. The exam analysis helps in determining good attempts and analyzing your performance. Check out the analysis of your shift given below.

English Language in SSC CHSL exam may give nightmares to some while its an easy task for others. In SSC CHSL Tier-1 Exam 2018-19, the English language section was of Easy Level.

The Quantitative aptitude section needs time management as the questions asked may be time-consuming for many aspirants considering advance and arithmetic maths. In SSC CHSL Tier-1 Exam 2018-19, Quantitative Aptitude was of Easy-Moderate Level. Quant was very calculative.

The General Intelligence and Reasoning section is always considered easiest of all sections in the SSC exams. Candidates should try to attempt above 20 in this section to score good marks. In SSC CHSL Tier-1 Exam 2018-19, General Intelligence(Reasoning) questions were of Easy Level. 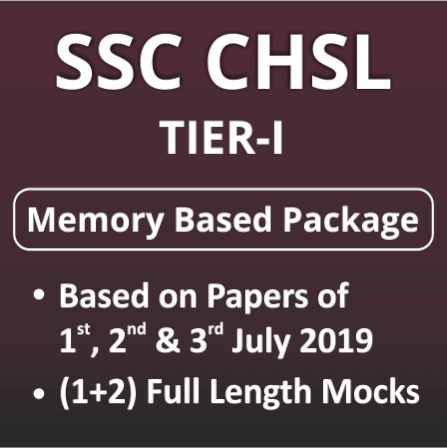 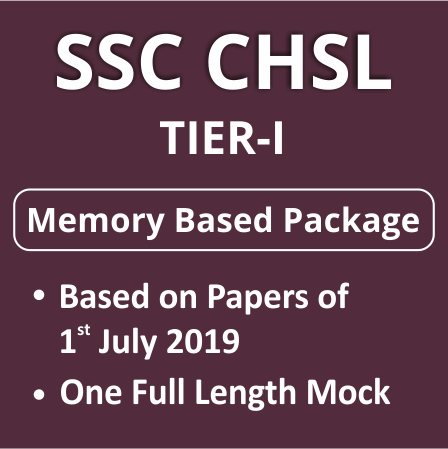