SSC CHSL Exam Analysis 17th March Shift 3: SSC CHSL Tier 1 exam conducted across various centres in India on 17th March, Shift 3 is over. The exam consists of 100 questions for 200 marks to be attempted in 1 hour. You can check the detailed SSC CHSL exam analysis 2020 for shift 3 containing the exact questions asked in the exam and number of good attempts. The expected cut off can also be predicted by the SSC CHSL 17th March exam analysis provided here.

The overall level of the SSC CHSL Shift 3 was easy-moderate Check out the number of good attempts: 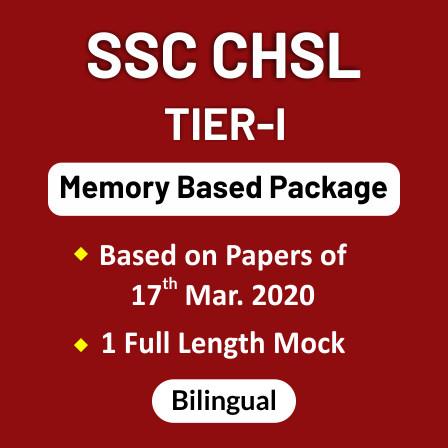 Nazma sagar dam is located in which state?
Peacock national sanctuary located in?
Who is the Miss World 2019?
Who got Nobel prize literature in 2019?
Ibrahim Lodhi become sultan in which year?
How many windows are there in hawa Mahal?
Find isobar from the following?