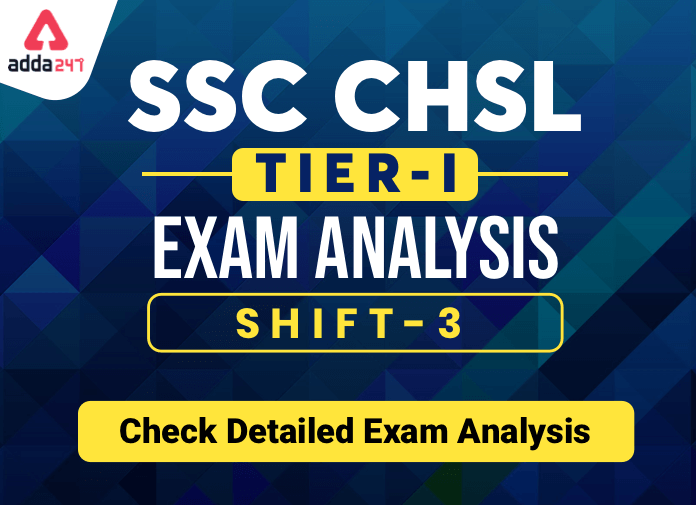 SSC CHSL Shift 3 Exam Analysis 13th October: SSC CHSL Tier 1 exam conducted across various centres in India on 13th October, Shift 3 is over. The exam consists of 100 questions for 200 marks to be attempted in 1 hour. You can check the detailed SSC CHSL exam analysis 2020 for shift 3 containing the exact questions asked in the exam and number of good attempts.

As per our expert detailed SSC CHSL Exam Review the overall level of the SSC CHSL Shift 3 was easy-moderate Check out the number of good attempts: