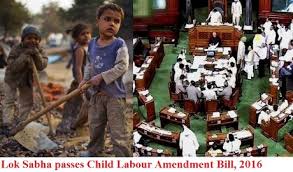 -It prohibits employment of children below 14 years in all occupations except in family business, with the provision for the imprisonment of up to two years for any violation. The Bill was almost unanimously passed by voice vote, defines children between 14-18 years as adolescents and lays down that they should not be employed in any hazardous occupations and processes.
-The Bill provides enhanced punishment for violators. The penalty for employing a child has been hiked up to imprisonment between 6 months and two years or a fine of Rs 20,000 to Rs 50,000 or both. 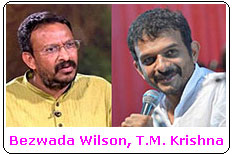 -Apart from the two Indians, four others have been selected for the award—Conchita Carpio-Morales of the Philippines, Dompet Dhuafa of Indonesia, Japan Overseas Cooperation Volunteers and ‘Vientiane Rescue’ of Laos.

-The day is celebrated to raise awareness for tiger conservation and to give worldwide attention to the preservation of tigers.

-It was founded in 2010 at the St. Petersburg Tiger Summit, with the aim to double the big cat population by 2022.


-Four new writers have got the Bharatiya Jnanpith’s 11th Navlekhan award for the year 2015 in a ceremony held in New Delhi. Out of these four, three are from Rajasthan.
–Amlendu Tiwari and Balram Kawant were awarded for their novels ‘Parityakt’, and ‘Sara Morila,’ while Om Naagar and Tasneem Khan were awarded for their non-fictions ‘Nib Ke Chire Se’ and ‘Yeh Mere Rahnuma’ respectively.

-The objective of the mission is to increase the green cover in the state to 50 % by the year 2029. 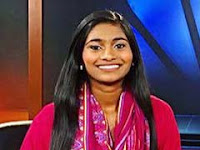 -An 18-year-old Indian-American girl has become the youngest delegate at the Democratic National Convention which has nominated Hillary Clinton as the party’s presidential candidate.
–Sruthi Palaniappan from Cedar Rapids and a student of Harvard University is a strong supporter of Clinton, the first woman to be nominated as a presidential candidate by a major political party.
Harry Potter and the Cursed Child book launched 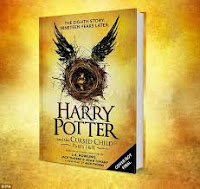 WHO to remove transgenders from its mental disorders list


-The World Health Organisation (WHO) is considering changing the way it classifies transgender identity.
-It came following calls from researchers and advocates to remove it from the WHO’s list of mental disorders.

-The study was led by the National Institute of Psychiatry in Mexico.