–Radhika Menon will become the first woman in the world to receive the Award for Exceptional Bravery at Sea from the International Maritime Organisation for saving the lives of seven fishermen, whose hopes of survival were all but over.

-Five year ago, she became the first woman captain of the Indian Merchant Navy.
-A native of Kodungallur in Kerala, Menon was at the helm of oil tanker ‘Sampurna Swarajya’ of Shipping Corporation of India. 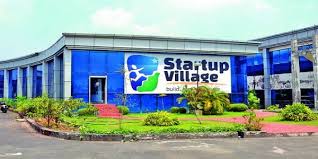 -SV.CO will constitute the second phase of development of Startup Village and is designed to help thousands of college-goers make an early start in entrepreneurship, according to a spokesman. 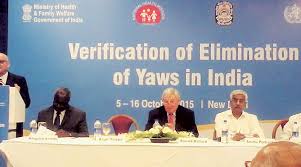 -India achieves yet another public health milestone, becomes first country to be declared free of Yaws, an infection of the skin and bones, much ahead of WHO global target year of 2020.

-Union Health Minister JP Nadda received an official citation from the World Health Organisation and the UNICEF for Elimination of Maternal and Neonatal Tetanus and for being YAWS-free.
-YAWS is a kind of bacterial infection that affects skin, bones and joints, while tetanus, another bacterial infection, leads to muscle spasms that can be fatal.

–Nelson Mandela International Day is an annual international day in honour of Nelson Mandela, celebrated each year on 18 July, Mandela’s birthday. The day is aimed at inspiring individuals to take action to help change the world for the better.

-The day was officially declared by the United Nations in November 2009, with the first UN Mandela Day held on 18 July 2010. However, other groups began celebrating Mandela Day on 18 July 2009.
-The Day recognized Nelson Mandela’s values and his dedication to the service of humanity, in the fields of conflict resolution, race relations, the promotion and protection of human rights. The Nobel Peace Prize 1993 was awarded jointly to Nelson Mandela and Frederik Willem de Klerk for their work for the peaceful termination of the apartheid regime, and for laying the foundations for a new democratic South Africa”.

-India’s first e-court has opened at High Court of Judicature at Hyderabad. It is the common high court for the states of Telangana and Andhra Pradesh.

-Inaugurating the e-court, Supreme Court judge Justice Madan B Lokur stated that Telangana and Andhra Pradesh were first two states in the country to be chosen for Integrated Criminal Justice System project.

-Vice President Hamid Ansari has unveiled a stone statue of Mahatma Gandhi at Pethub Monastery in the Mongolian capital which is seen as a symbol of India-Mongolia cultural and spiritual ties.

-Pethub Monastery, seen as a symbol of India-Mongolia cultural and spiritual ties, was inaugurated in August 1999 by Indian Vice President Krishan Kant. Rinpoche named his monastery as ‘Pethub’, which in Tibetan means a model or exemplary. The name is drawn from the main monastery in Ladakh which is also known as Spituk Monastery and is over 800 years old.

-Rohit Khandelwal has become the first Indian to win the title of Mr. World at a grand ceremony at Southport in England. He received a whopping cash prize of 50,000 US dollars. However, the first runner-up crown went to Mr. Puerto Rico.

-Rohit defeated 47 other contestants from across the globe to bag the title. Born in Hyderabad in 1989, Mr. Khandewal, is a model, actor and television personality. He is also the winner of Mr. India 2015 contest.

-The aim of setting up Atal Tinkering Laboratories is to build relevant skill sets among youngsters and to provide access to technology that will enable solutions. The Atal Tinkering Labs that will be established in schools all across the country with the technical support of Intel Technology India Pvt. Ltd.