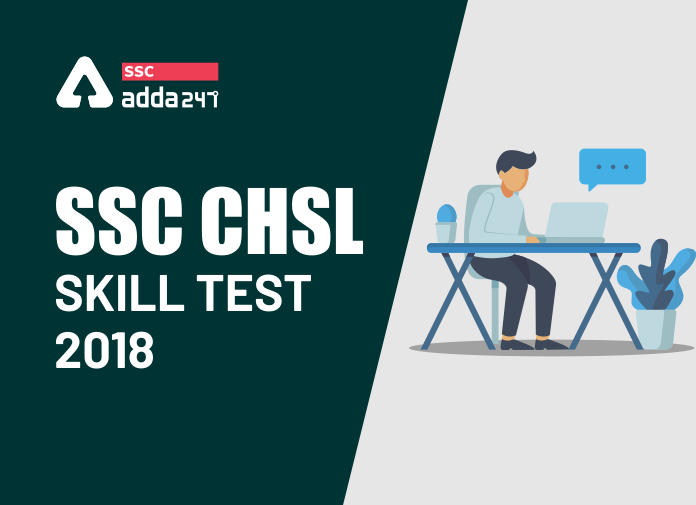 SSC has postponed the SSC Combined Higher Secondary (10+2) Level Examination-2018 (Tier-II) skill test due to the nationwide lockdown till 17th May, 2020 because of the coronavirus pandemic. The decision on the new dates will be taken once the lockdown is lifted completely. SSC has released an official notice regarding the same and has stated that exam dates will be informed 1 month in advance for the ease of candidates. Exam was scheduled to be conducted on 4th April, 2020.

SSC CHSL Tier 2 was conducted by SSC on 29-09-2019. In this examination, 36112 candidates appeared in the examination. The Tier 2 result was declared by the commission on 25-02-2020 wherein 32600 candidates (30822 unique candidates) were shortlisted for appearing in the Skill Test against 5918 tentative vacancies. The skill test was scheduled to be held from 4th April. A total of 4560 candidates were rejected on the grounds of unfair means (UFM).

The SSC CHSL 2018 skill test for various regions was scheduled to be held in the month of April. The exam has been postponed due to the ongoing situation.

SSC CHSL Tier 2 was conducted on September 29, 2019, and the result for the same was released on 25 February 2020. The final merit for SSC CHSL 2018 will be based on the total marks scored in Tier 1 and Tier 2. The Tier 3 or skill test is only qualifying in nature.

Meanwhile, SSC has also released a notice stating that it would conduct a committee regarding the UFM controversy. As seen in Tier 2 exam, SSC has rejected many aspirants on grounds of unfair means even after they have scored good marks in the exam. Many aspirants filed a complaint against the UFM rules set by SSC. So, SSC has decided to look into the matter. Click on the link given below for the details: